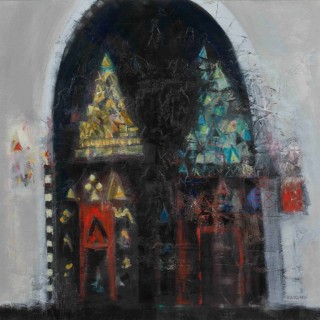 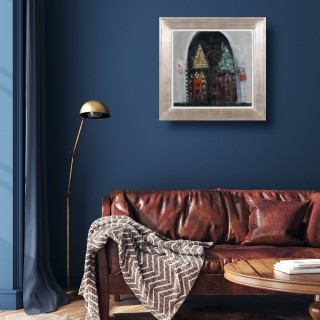 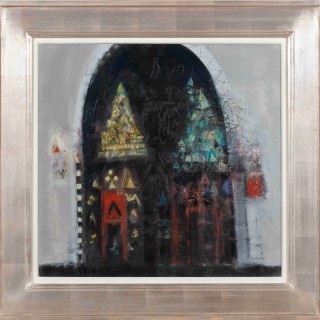 After graduating from Glasgow School of Art in 1965, Charles embarked on a highly successful career in art education. While he had painted and exhibited continually throughout these years it wasn’t until the 1990s that he retired to devote all his time to painting. He was elected a member of the Royal Glasgow Institute in 1983 and the Royal Scottish Society of Painters in Watercolour in 1984, serving the latter as Vice President for the East of Scotland. Charles has won many awards over a long and distinguished career including the Torrance Award and the Teacher’s Whiskey Travel Award, both at the Royal Glasgow Institute. He was recently commissioned by P & O to produce two large murals for their new flagship, the Arcadia. In these recent paintings his style continues to develop in a representational direction; the views of East Coast Scottish harbours and North African games tables are instantly recognisable as such while still infused with Charles’ evident fascination with abstracted pattern and design.