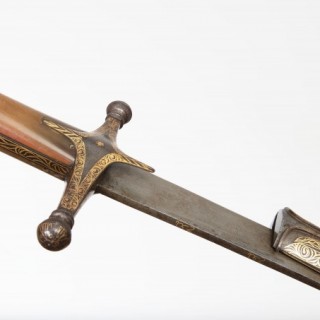 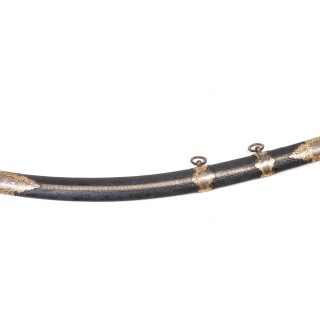 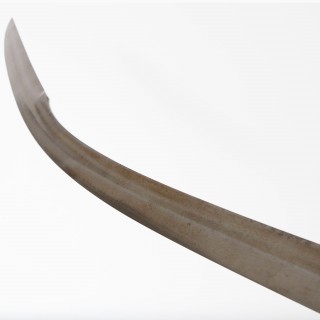 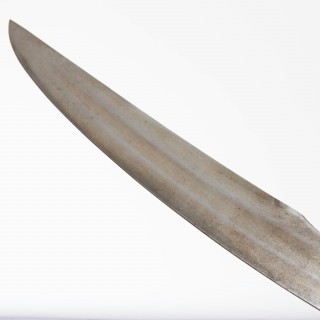 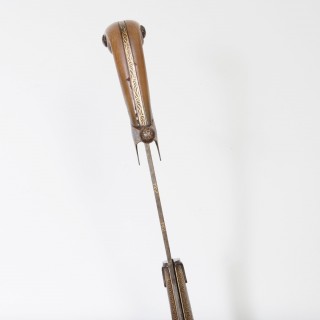 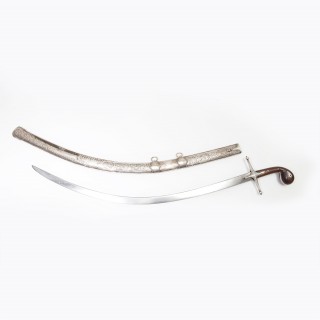 An Ottoman late 16th early 17th-century blade which belongs to the famous school of Haji Sunghur, who made swords for the last generation of the Mamluk Sultans.

The inlaid gold script is of Islamic prayers and Quran inscriptions, which is in Kufic writing and another script.
Some of which is incomprehensible. Kufic devotional inscriptions dominate the decorative motifs of this sword with efficacious prayers to protect the soldier from the evils of war. The Islamic prayer is in Greek but with Arabic letters.