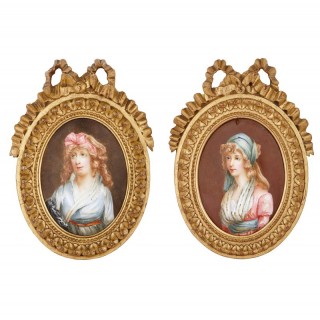 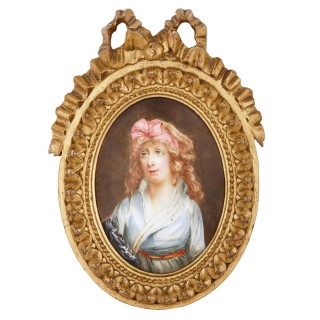 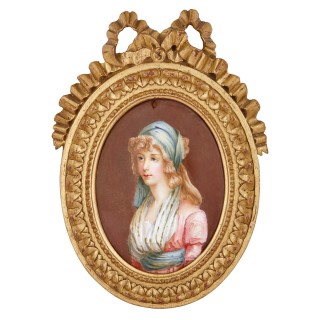 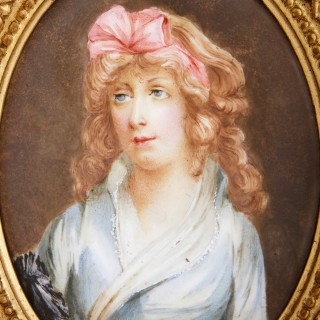 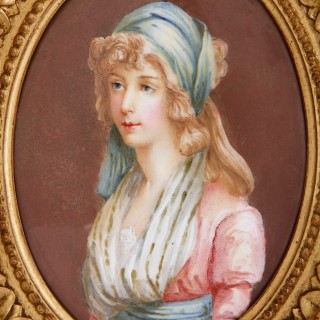 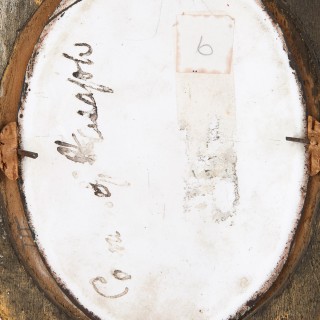 These elegant enamel plaques was painted in Limoges, a town in the south-west of France. While Limoges was highly regarded for its painted enamel wares in the 15th Century, in the following periods there was a decline in production. In the mid-19th Century, however, items like this pair began to be created, reviving the techniques of enamel painting that were perfected in the medieval period.

The plaques depict two women, both with wavy blonde shoulder-length hair, and similar facial features. The women may be sisters, possibly even twins. One woman wears a pale pink dress, with a white scarf. Her waist is tied with a light blue sash and she wears a headscarf of the same colour. The other woman wears a light blue dress, with a white lining and red belt. She wears a pale pink headband, tied with a large bow. Both figures are seen as half-length portraits, set against brown backgrounds. Both turn their heads slightly to the side and gaze off dreamily into the distance.

The two have been painted onto oval enamel plaques, one of which is signed indistinctly on its back. The paintings are displayed within ovoid giltwood frames, carved with beading, leaves and bows.