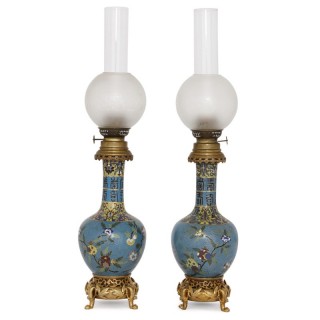 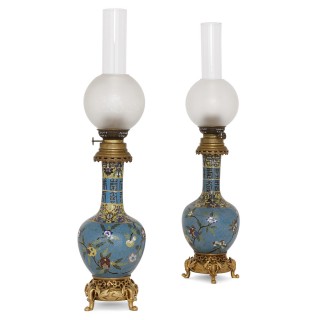 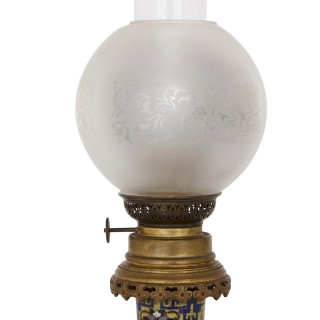 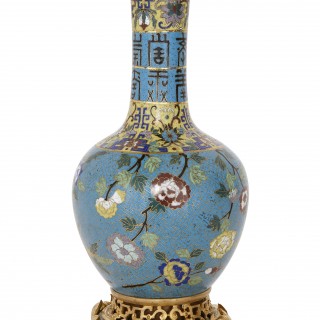 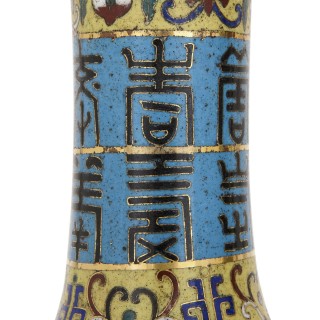 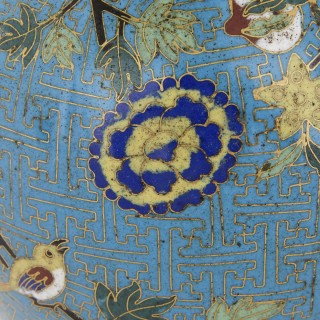 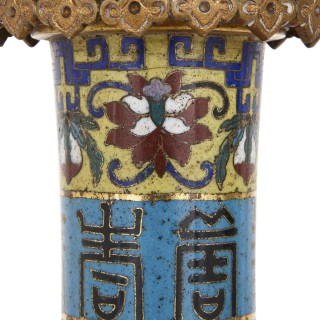 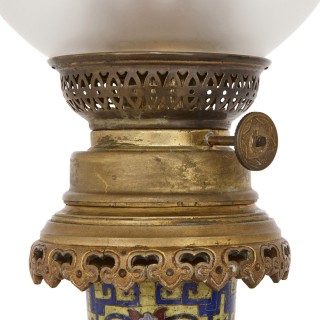 These beautiful oil lamps were created in France in the late 19th Century. They are designed in a wonderful Chinoiserie style—a European take on Chinese decorative arts.

The lamps are identical in design. Each lamp features a burner which is covered by a frosted glass ball shade and a clear glass chimney. The burners spring from pierced gilt bronze collars, fitted with wick raiser knobs. The bodies of the lamps are vase-shaped and are surmounted by gilt bronze (ormolu) tops edged with ruyi heads. The lamp bodies are topped by cylindrical necks, which are encircled by cloisonné enamel blue and yellow bands, decorated with black Chinese characters, stylised flowers and geometric motifs. The lamps’ bulbous cloisonné enamel bodies feature depictions of colourful flowers against blue grounds. Each vase is set on a circular gilt bronze base, which is pierced with scrollwork and set on four gilt bronze feet, cast as bamboo shoots.