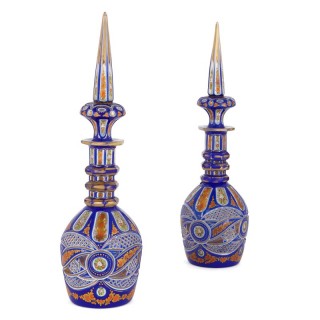 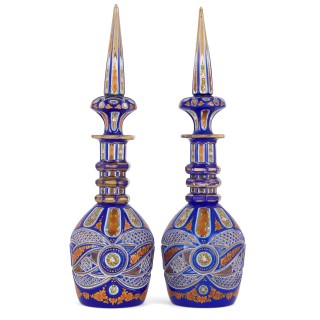 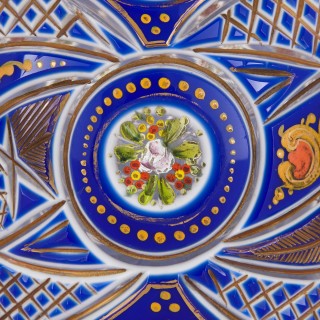 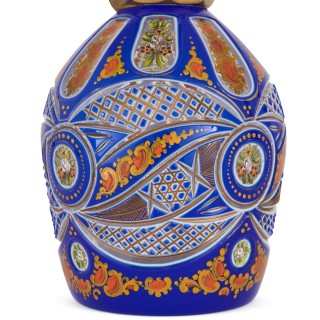 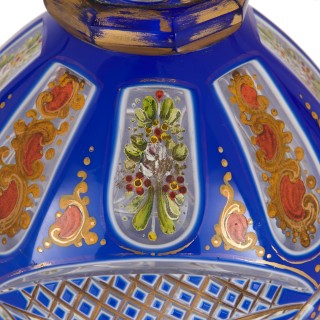 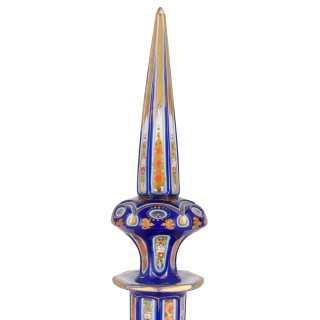 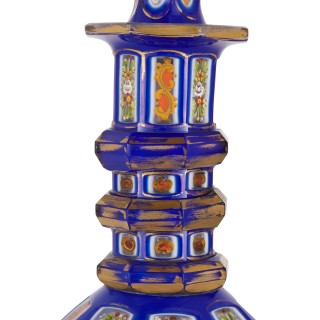 These wonderfully colourful glass decanters were created in the late 19th Century in Bohemia (modern-day Czech Republic). For centuries, Bohemian glass has been prized for its high-quality workmanship and beautiful ornamentation.

The two decanters are crafted from clear glass with a blue and white overlay. They feature ovoid bodies, which are decorated with cut-glass medallions, cross-hatchings within shaped panels and fluting. The decanters’ bodies are finely parcel gilt and enamelled with orange and yellow C-scroll motifs, dots and green, white, yellow and red flowers. The bodies are topped by panelled necks, which are finely enamelled and encircled by gilt faceted knops. The necks terminate in faceted mouths which are fitted with mushroom-shaped stoppers with pointed faceted tops. These stoppers feature colourful enamel depictions of scrollwork and flowers, with subtle gilt highlights.