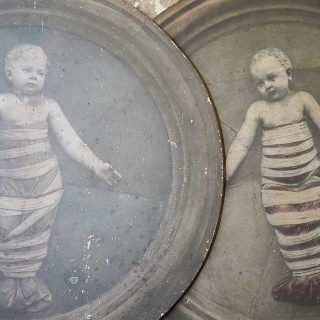 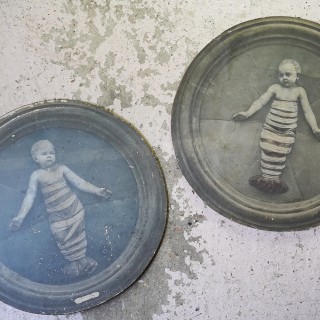 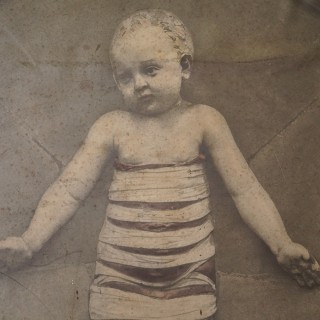 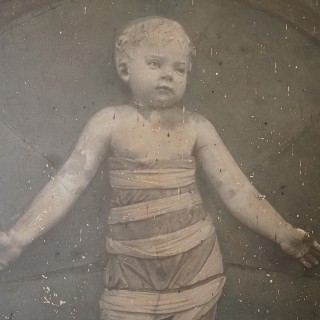 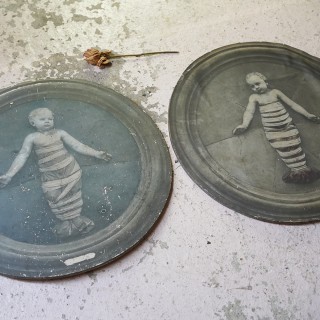 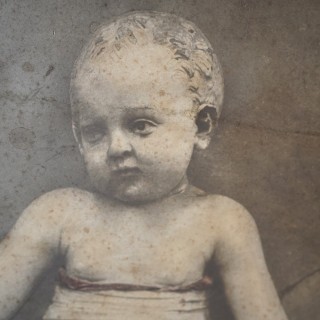 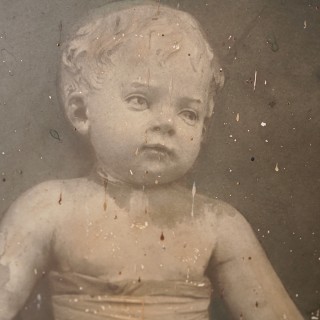 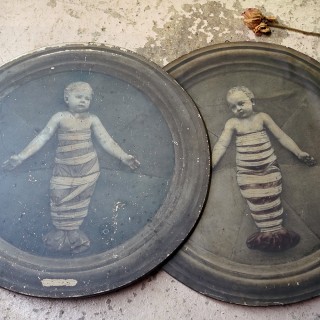 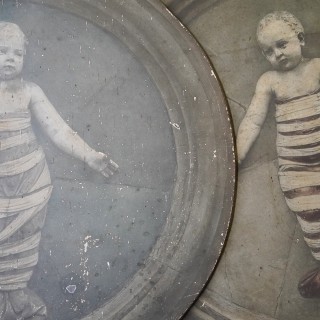 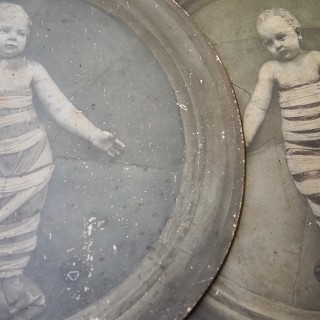 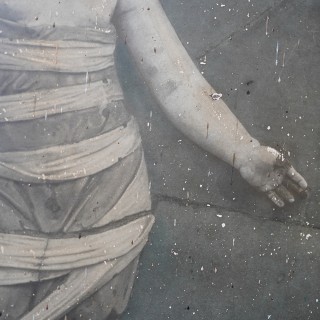 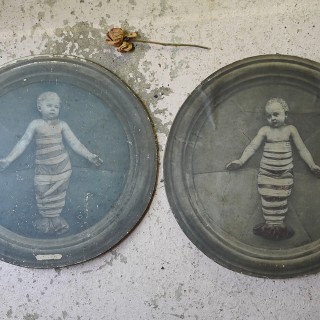 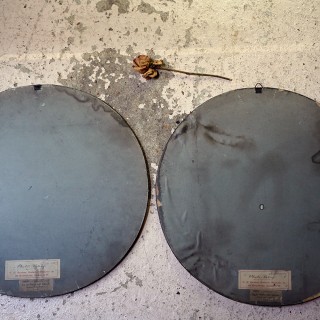 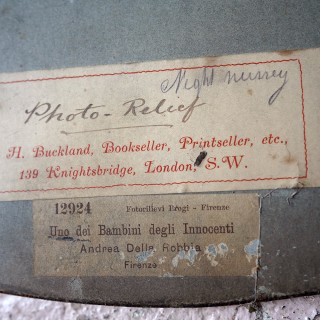 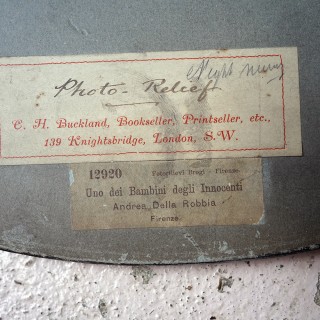 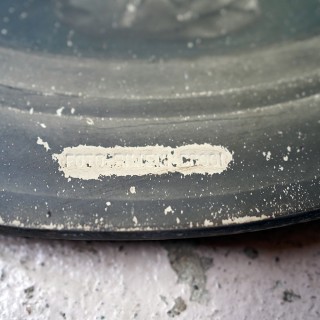 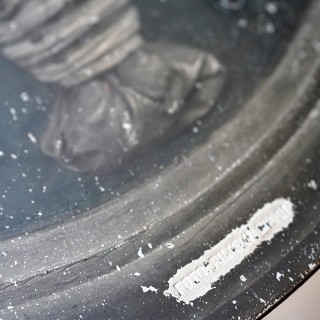 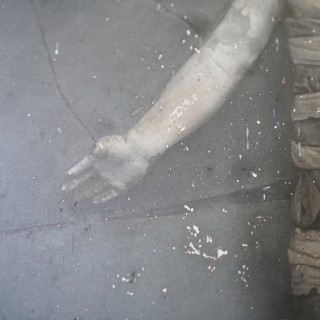 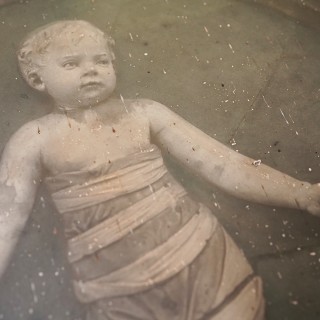 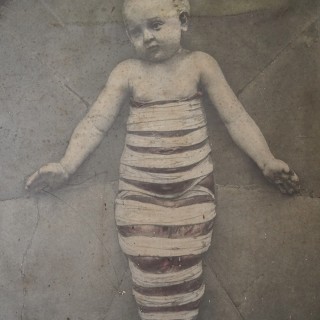 The wonderfully decorative pair of gelatin photo reliefs, each of tondo form and of good size, showing Della Robbias putto of 1487 in swaddling clothes, each sweet-faced and grasping loose swaddling bands with one hand whilst directing our attention to the entrance of the building beneath them with the other, each part of the fourteen that adorn the Ospedale degli Innocenti building in Florence, the works surviving from the very early part of the twentieth century and from the Brogi studio of Florence Italy.

Andrea Della Robbia’s Infants in swaddling clothes, 1419-1451, adorn the Hospital of the Innocents in Florence and T=the children appear at regular intervals between the bays of the loggia. Each one is set into a round recess in the wall, inside a round frame of pietra serena, a grey stone quarried locally. The children themselves are made of another material characteristic of Renaissance Florence: glazed terracotta.

Opened in 1445, the Innocenti was one of the first institutions in Europe dedicated specifically to the care of abandoned children. The Innocenti took in infants whose parents could not raise them, whether because of death, illness, poverty, or another reason. In 1487 Andrea della Robbia was hired to fill the loggia’s roundels with colourful works of art. Described as bambini di terra (“babies made of clay”) in an original payment record, these high-relief sculptures were made in glazed terracotta, a distinctive medium that was the signature of the Della Robbia family workshop. Perhaps these images proclaimed to the city that the Innocenti valued its children as if they were little saints.

In the five centuries since they were installed, the sculptures have become a widely recognized symbol of the Innocenti hospital and of childhood itself. These prints are the next best thing; wonderfully evocative of the early renaissance and brilliantly decorative.

The reliefs show timeworn wear to each making them unbelievably good looking. There are labels verso for the stuiod fotorilievi brogi Firenze and there is also the label for C.H. Buckland of London who would have retailed these at the time. They are numbered 12920 and 12924.