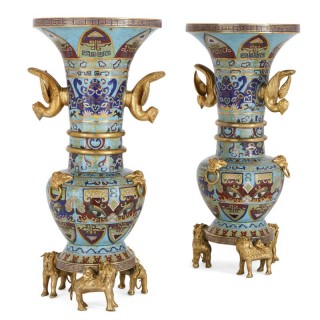 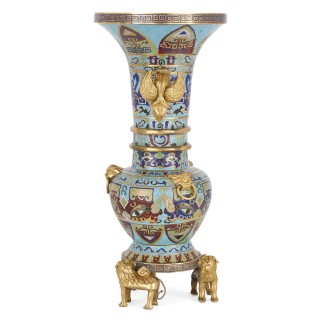 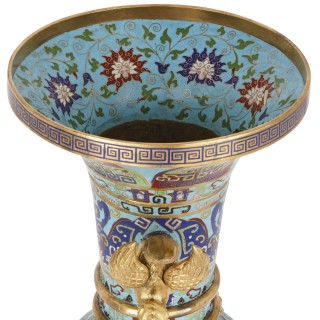 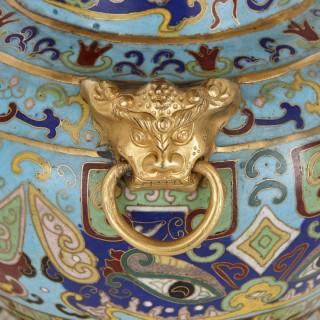 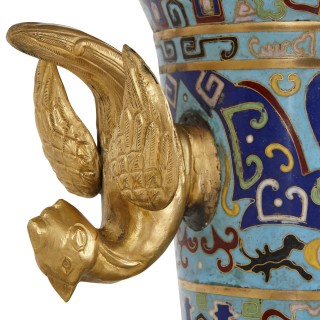 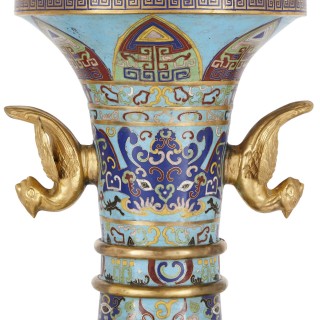 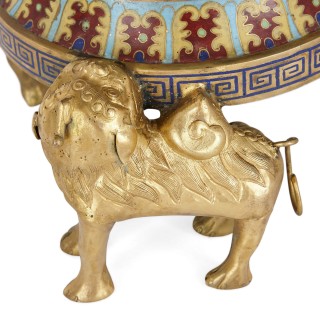 These cloisonné enamel vases are wonderful pieces of Chinese decorative art. They were crafted in the last decade of the Qing dynasty, which lasted from 1644 to 1911.

The vases are of baluster form with short ovoid bodies and tall trumpet necks. They are finely decorated with colourful enamels applied using the cloisonné technique. In this method, metal strips are soldered to the object’s surface to create cells of space (called ‘cloisons’) which are then filled with vitreous enamel. In this instance, yellow, red, navy, light blue and green enamels have been applied to form a variety of motifs, including scrollwork, geometric shapes, stylised animals and eyes. The mouths and feet of the vases are articulated by Greek key patterns. Gilt bronze (ormolu) handles in the shape of stylised birds are mounted onto the necks. The necks of the vases are also encircled by gilt bronze bands and the shoulders are mounted with gilt bronze mythical beast heads with ring handles in their mouths. Each vase stands on three gilt bronze feet which take the form of Chinese Imperial lions (or foo dogs).