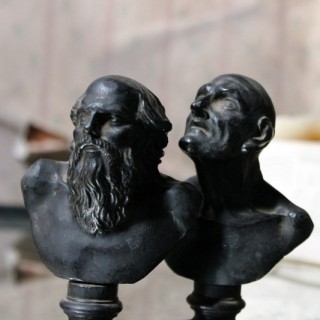 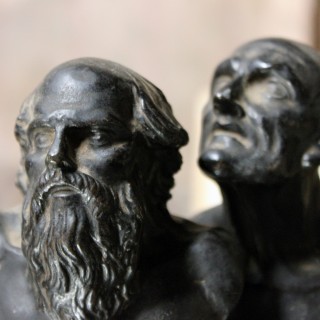 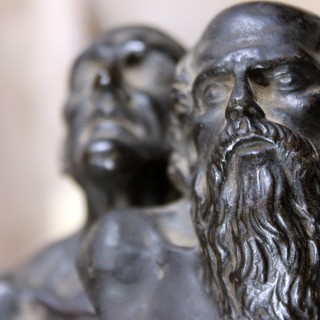 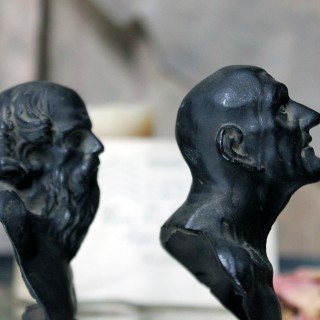 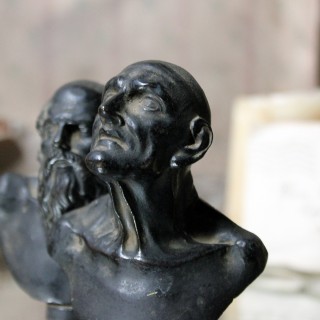 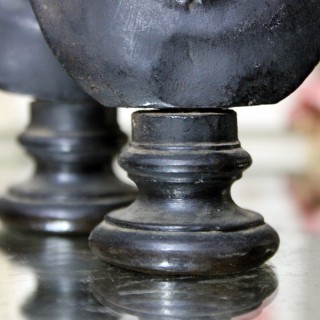 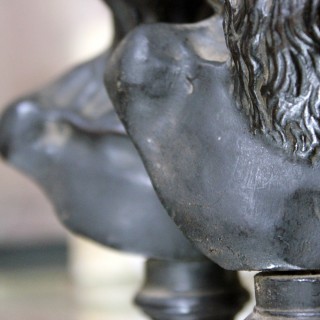 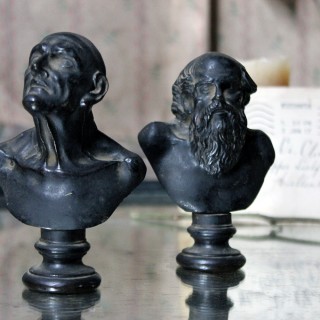 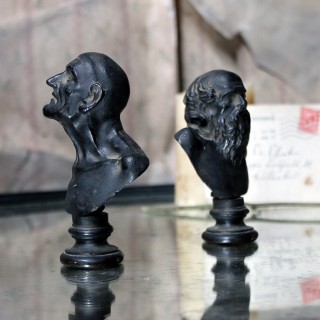 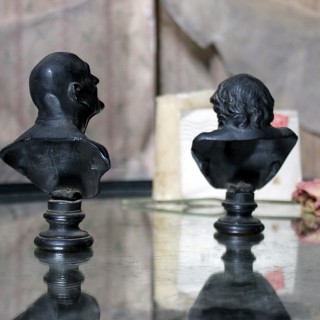 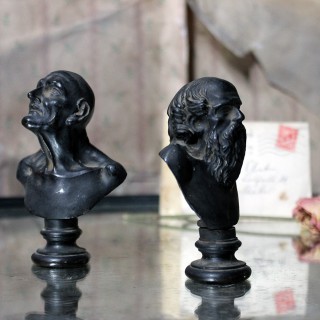 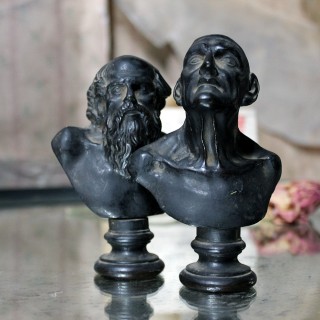 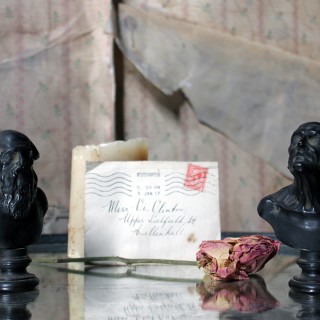 The small well-cast dark patinated bronze portrait busts of Greek philosophers, after the antique, each on circular turned socles, surviving from the early part of the nineteenth century and the Grand Tour period.

Throughout the early period of the nineteenth century the ‘Grand Tour’ was becoming popular among young nobles. Many young men (and later, young women) were travelling to Italy and Greece seeing the marvels of classical design for themselves, and becoming inspired to bring that same sense of classical style and proportion back to Britain.

Visit Europe today and you are likely to come home with tasteless souvenirs whereas in the 18th century, the great age of the large and imposing country house, young men returned and transformed the decor and furnishings of their families’ country seats with their acquisitions with many became insatiable collectors. These busts would have provided inspiration and a lasting memento of such a visit.

Perfect for the mantelpiece or the cabinet of curiosities.

We believe one of the busts is taken from a famous statue of the Hellenistic fisherman, with the other proving to be a bit of a mixture of Sophocles, Homer, and Herodotus though open to debate.