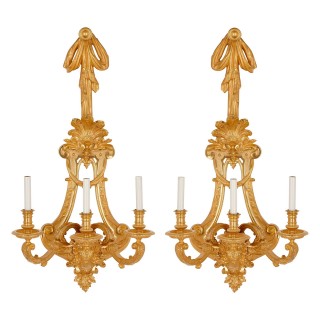 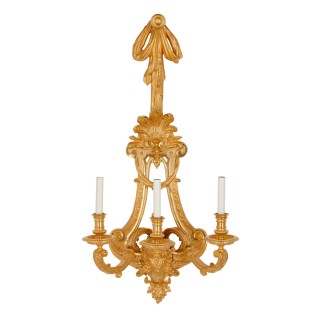 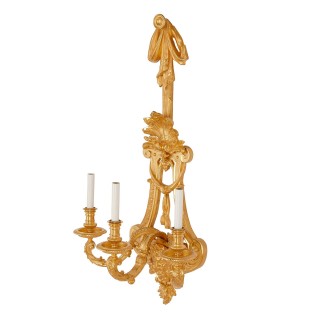 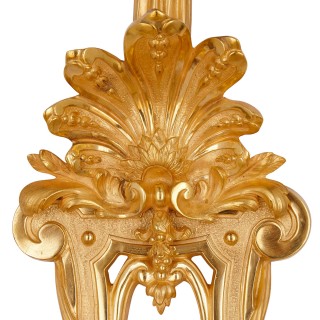 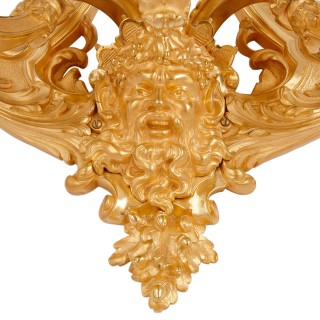 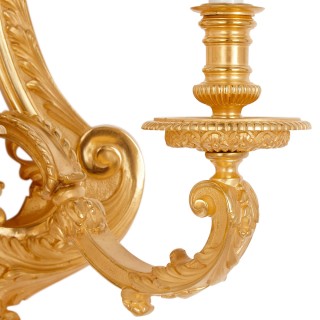 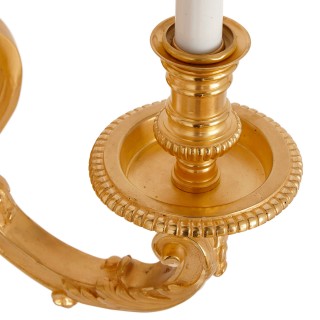 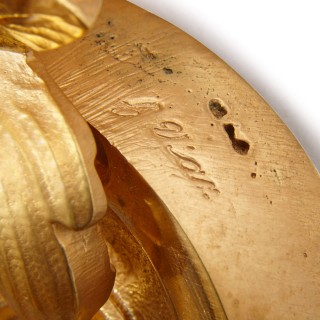 These large three branch lights, measuring a colossal 95cm in height, were made by the important late 19th Century bronzier Henri Vian (French, 1860-1905). They are each signed H Vian and depict a grotesque mask to the lower section.

The wall sconces have a fascinating provenance, hanging for many years at the Metropolitan Opera, New York (at their former 39th Street location). The Opera News magazine ran a feature on the Metropolitan Opera in their 16 April 1966 edition and included a photograph of one of the sconces, shown from the south lobby of the building. When the building was demolished in 1967, the sconces were acquired by Giorgio Tozzi (American, 1923-2011), the famous and well respected operatic bass singer who had admired these lights since he started performing in the opera house. Tozzi later gifted the wall sconces to his friends, writing an affectionate letter at the time, explaining his love of the Opera House, his admiration of the wall sconces, and the process by which he came to acquire them.