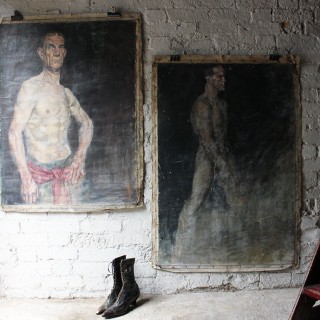 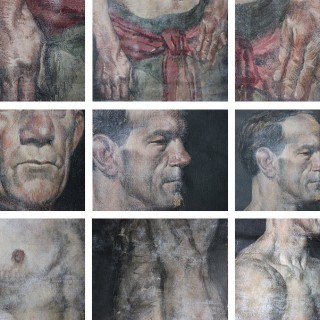 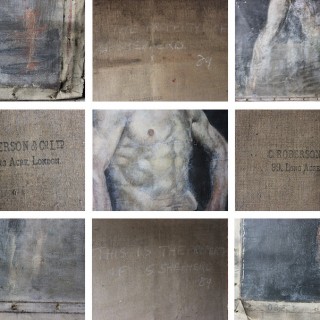 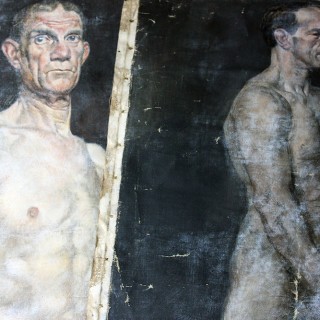 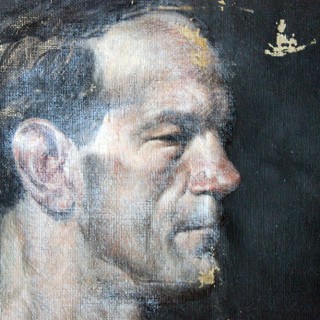 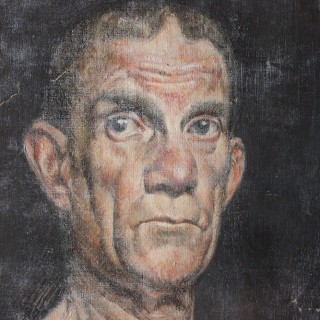 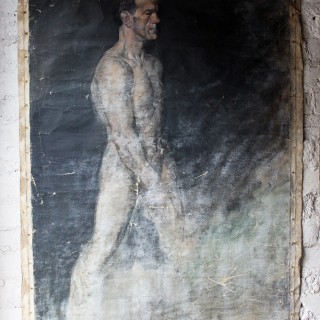 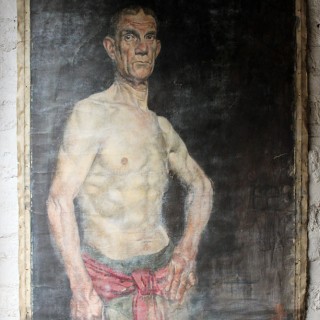 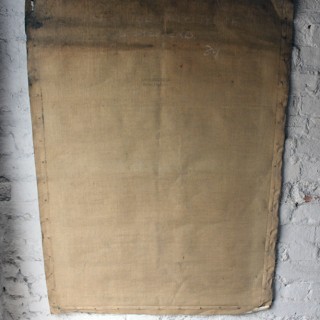 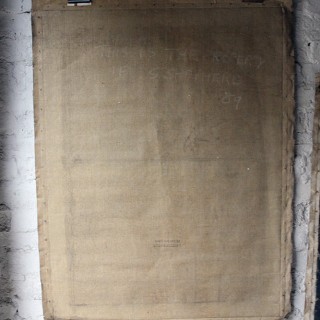 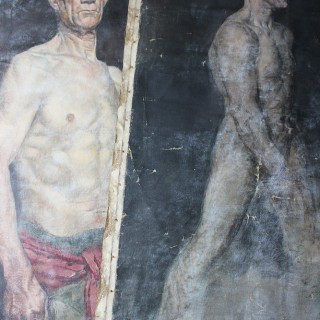 The two large oil on canvases depicting two differing male nude models of middle age, attributed verso ‘this is the property of s.shepherd 89’, each un-stretched and un-framed, surviving from the middle of the twentieth century and painted by Sidney Horne Shepherd (1909 – 1993).

In entirely untouched and original condition the canvases have only had a light clean recently with no restoration or attempts to frame or stretch. There are some crease mark losses and paint losses as per the photographs. The canvases are thinner at the edges but essentially they are stable and we feel hang beautifully as they are with bulldog clips. They could of course be restored, cleaned extensively, stretchered and framed.

The palettes used here prove wonderfully effective for this subject matter, the swirling ebony and sea foam green backgrounds have a misty and atmospheric feel and the studies themselves are well proportioned, the contrast of one subject looking away from the viewer and the other directly at the viewer provides a nice balance.

There is also the ink stamp to the reverses of each for C.Roberson & Co. Ltd 99. Long Acre London who were one of the major artists’ suppliers of the 19th and early 20th centuries. The Roberson ledgers, part of a larger archive, are a rich and unique source of information into the trade in artists’ materials. From 1828 Charles Roberson was in partnership with Thomas Miller, trading as Roberson & Miller (1828-1839) at 51 Long Acre. Roberson & Miller’s trade sheet listed watercolours in cakes and in boxes, Roberson & Miller’s prepared lead pencils, drawing papers etc, bladder colours for oil painting, ‘prepared cloths and tickens’, prepared panels and millboards, ‘hatchment cloths’, chalks, ‘brushes and pencils’, varnishes, oils and sundries. Artists using Roberson & Miller’s colours included Andrew Plimer, Sir Thomas Lawrence, Hamilton Kerr and Samuel Palmer whilst Roberson & Miller canvases were also used by J.M.W. Turner. Roberson remained a force in the business for many years, relocating to 99 Long Acre in 1853 (it existed there until 1937), and establishing his company as one of the major firms of artists’ suppliers. He was recorded in the 1851 census, with two nephews in the business, Charles Park, clerk, age 31, and Charles Roberson, age 20, described as ‘assistant’; he was listed at 99 Long Acre in both the 1861 and 1871 censuses. He died there in 1876, age 76, leaving a substantial estate of nearly £120,000. We therefore can deduce that these canvases were purchased during the latter years of the company’s existence, in the late thirties.

Born in Dundee and educated at Harris Academy, Sidney D’Horne Shepherd attended Dundee School of Art from 1924 – 1926 and then Glasgow School of Art where in 1927 he won a travelling scholarship and prizes for portrait and landscape. In 1929 he took the Painting Diploma, winning a post-diploma scholarship and becoming an Assistant Art Teacher at Glasgow Art School from 1930 – 32. A series of portrait commissions took him to London where in 1937 he became a lecturer at Shoreditch Training College until joining the National Fire Service in 1941. He was subsequently drafted by The Ministry of Labour to Napiers Aircraft Factory in Acton working as a technical assistant, aero-engine tester and draughtsman before returning to Shoreditch to resume his duties in 1945.Having been appointed Senior Art Lecturer in 1947 he remained at Shoreditch until 1954. Thereafter he held a number of teaching posts including Ealing School of Art, St Martin’s School of Art and the St John Cass School of Art before retiring somewhat reluctantly in 1974.

He was an exceptional draughtsman and an adventurous artist who enjoyed exploring a wide range of media and his remaining years were spent in West Sussex producing, as always, an amazing amount of work now mainly watercolours, drawings and monoprints rather than oil paintings. He exhibited extensively and his work was sought after and is held in many private and public collections including McManus Galleries, Dundee.

Very striking, arresting and rather haunting oils of imposing size by a good well listed artist.