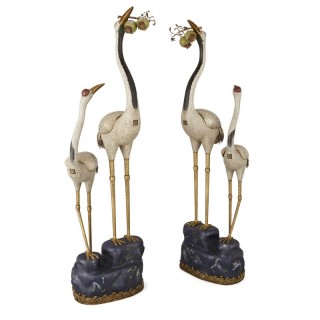 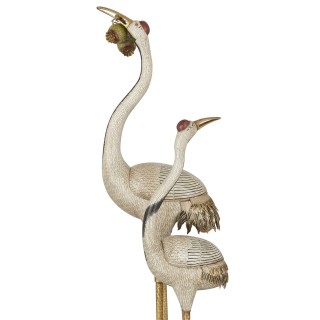 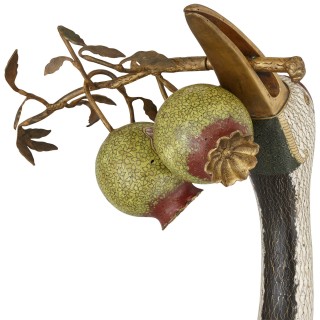 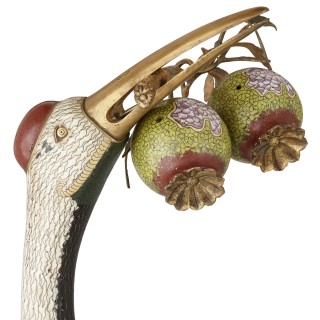 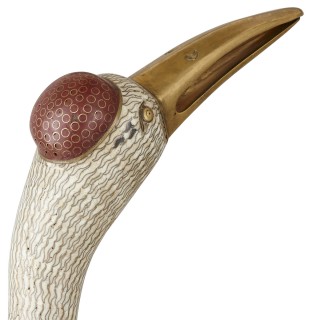 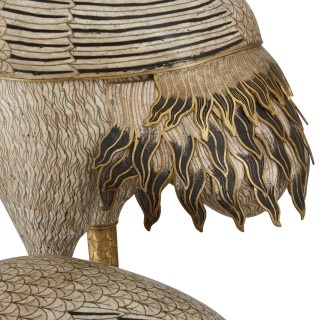 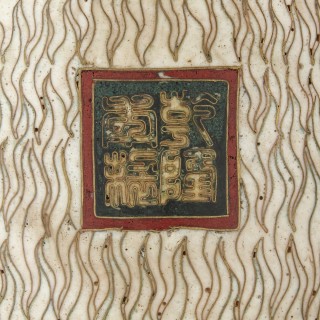 These extraordinary Chinese cloisonné enamel models of cranes are finely and realistically modelled and strikingly large, each measuring 195cm in height. They are also particularly rare double-form models with each model showing a pair of cranes—one larger and smaller—making a total of four cranes.

The cranes are formed with cloisonné enamel bodies and gilt metal beaks, legs, and feet. The white coloured enamel bodies are highlighted with black, grey, and red decorations, with the two larger cranes each shown holding two peaches in their beaks. The cranes stand on black naturalistically rendered bases.

Several single-form examples are held in important Chinese collections, including several pairs on display at The Palace Museum in Beijing, China. Cranes have been depicted in Chinese art in all mediums for centuries, symbolising peace, long life and a connection between nature and heaven. The peaches held in their beaks are another Chinese symbol for long life.