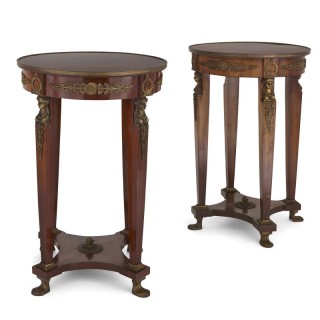 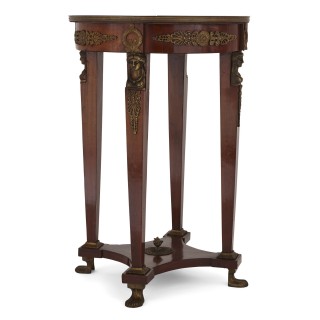 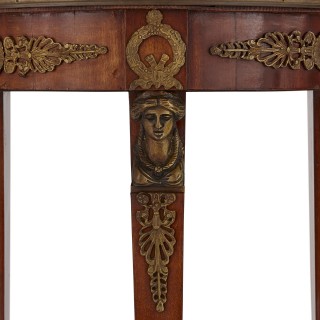 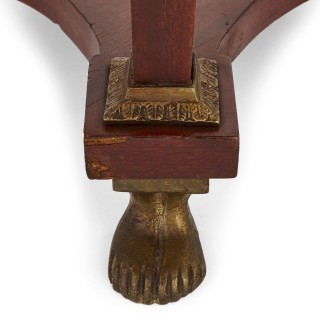 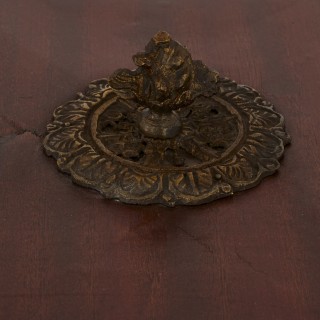 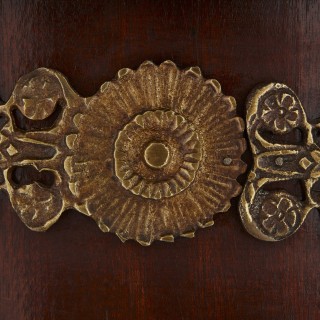 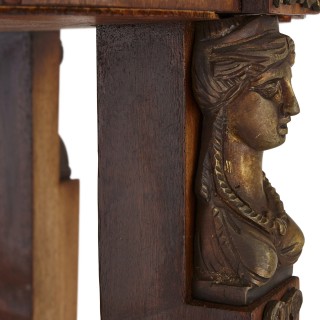 These wonderful guéridons are designed in the Empire style—named as such because it flourished in the period when Napoleon I was Emperor of France. The style employed Imperial Roman and ancient Egyptian motifs, such as the wreath, palmette (or anthemion), rosette, sphinx, and war trophy.