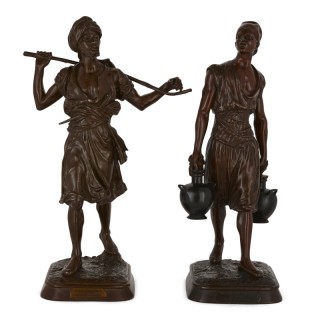 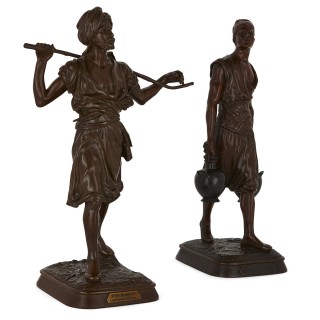 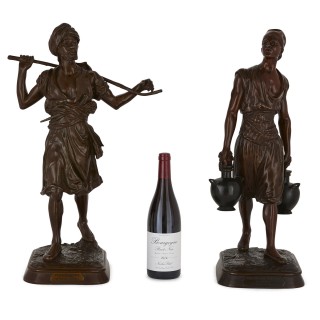 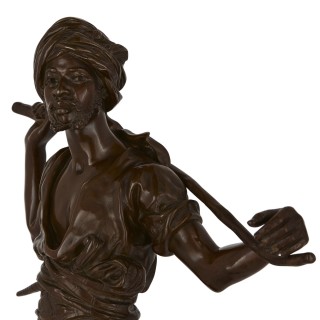 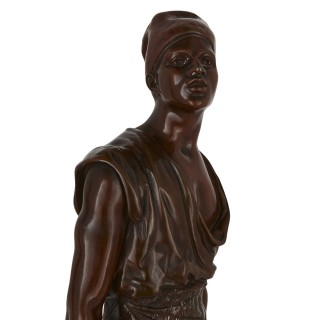 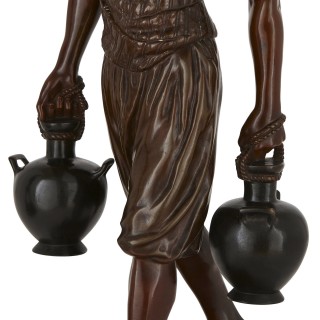 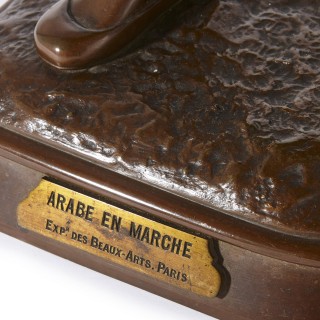 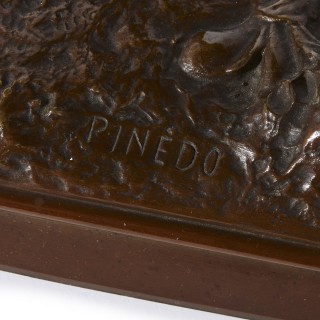 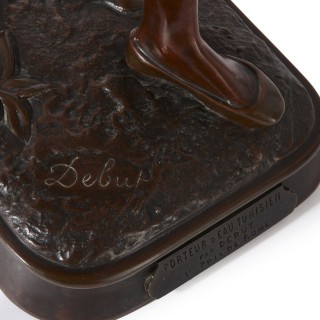 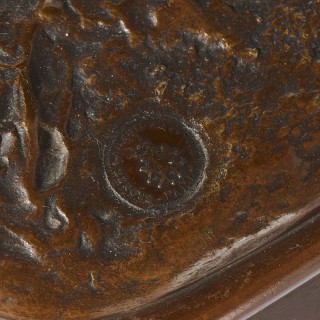 These exceptional patinated bronze statues depict ‘Arabe en Marche’ (Arab on the move) and Porteau d’Eau Tunisien (Tunisian water carrier). The former was created by the sculptor Emile Pinedo and the latter by Marcel Début. These artists were important practitioners of the French Orientalist style.

The sculpture of ‘Arabe en Marche’ depicts a young bearded man striding purposefully forwards with his walking stick held across his shoulders. The man wears a turban and loose clothing, tied by a belt with a knife tucked into it. The man stands on a square base, which is signed ‘Pinedo’ and bears a title plaque reading ‘Arabe en Marche/ Exp’n des Beaux-Arts Paris’.