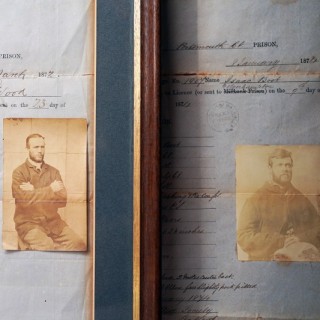 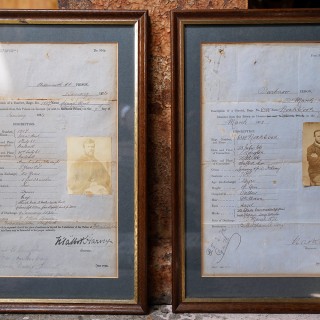 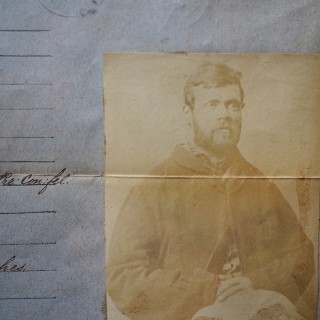 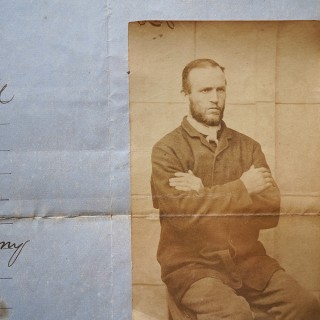 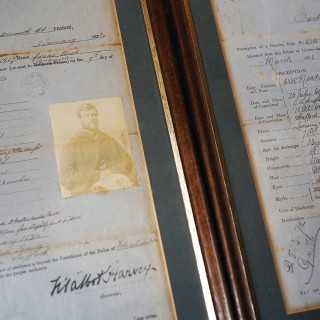 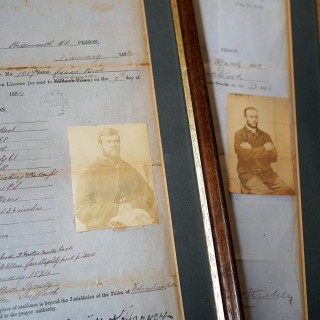 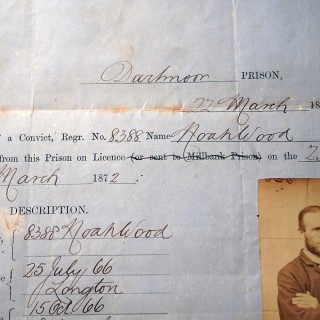 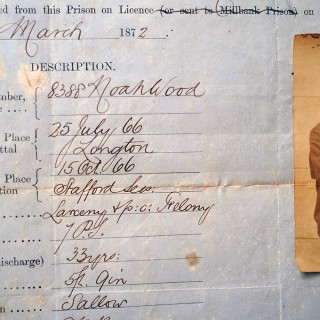 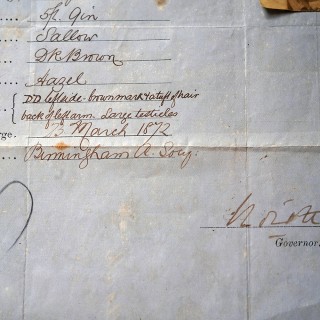 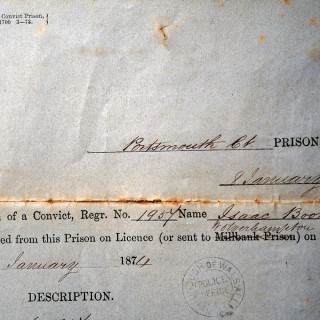 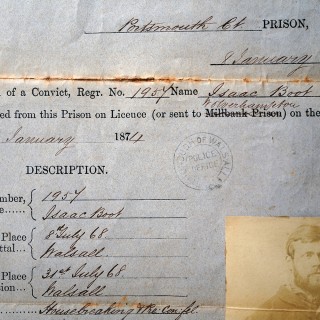 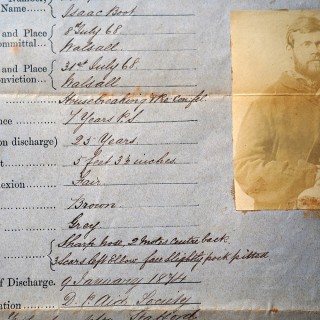 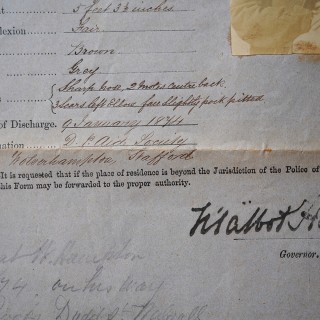 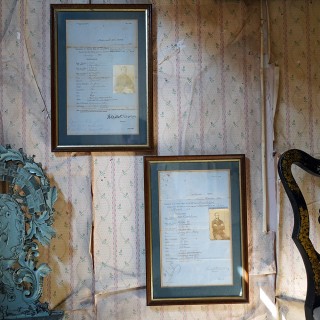 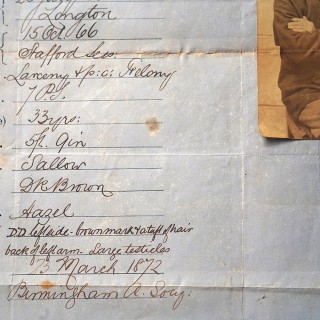 Hailing from the third quarter of nineteenth century England, the scarcely found prison liberation forms from Dartmoor and Portsmouth prisons respectively, each dated for 1872 and 1874 with the prisoners mugshot and full details of sentence to each, now both presented in oak and gilded frames.

The first is dated March 22 1872 and is a liberation form from Dartmoor prison for a Mr Noah Wood who was sentenced in 1866 for larceny and felony.

Also noted are his ‘large testicles’ (!)

The second is dated January 8th 1874 and is a liberation form from Portsmouth prison for a Mr Isaac Boot who was sentenced in 1868 for housebreaking.

Also noted are his three scars to his left elbow.

There are many more interesting details to each form and each has a mugshot of the aforementioned prisoner.

Mugshots were originally created because written descriptions were unreliable. A governor at the time these shots were taken said of the new method; “’Photography as an agent in discovering the antecedents of criminals, especially tramps and strangers, is unquestionably a very useful auxiliary and in my opinion should be brought into prison use generally.Some experts say that the first photographs used for law enforcement were probably taken of prisoners in Belgium in 1843 and 1844, possibly so that the prisoners could be identified if they committed other crimes after being released. By 1857 the New York police had adopted the practice, opening a gallery so that the public could come in to see the daguerreotypes of “hookers, stooges, grifters and goons.” They offer a rare insight into the lower classes of the late 19th century, who were rarely photographed. Photographic portraits were expensive so the portraits which usually survive from this time are mainly of the gentry and middle classes who could afford them.

The condition of the wholes is good with some small blemishes, fading, crease marks and spotting but nothing out of the ordinary. They may benefit from being framed in a more contemporary way.