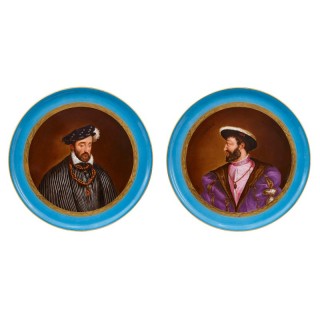 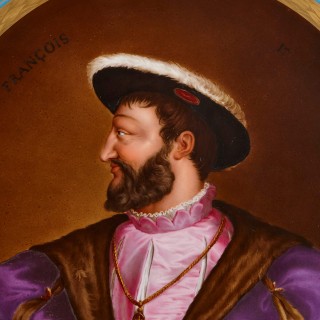 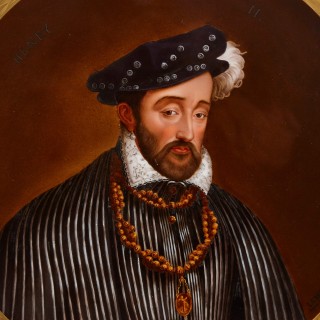 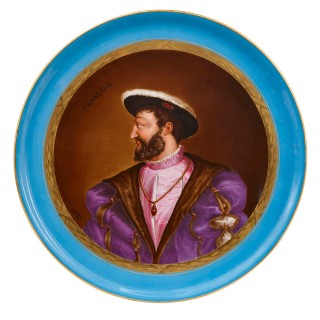 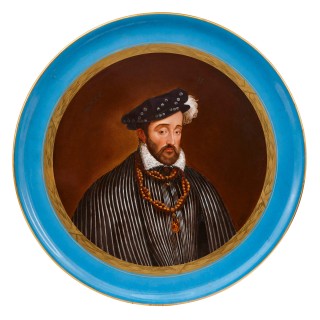 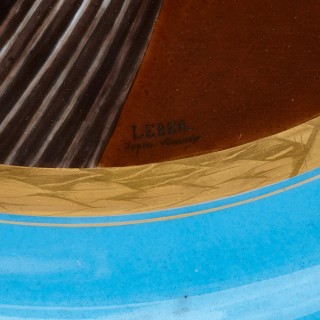 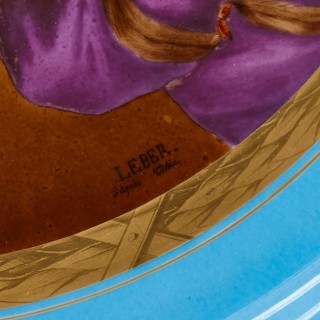 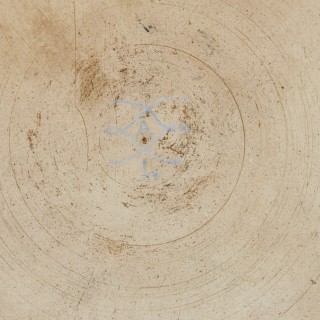 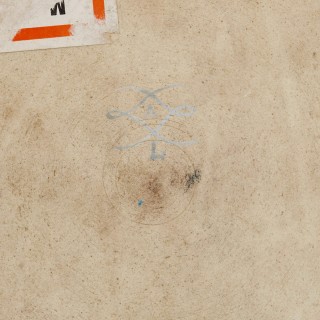 These antique French plates, or chargers, are finely decorated with the portraits of two historic Kings of France: Francois I and Henry II, painted after famous Renaissance works by Titian and Clouet.

The first plate depicts a shoulder-length portrait of Francois I in profile, King of France from 1515 until 1547, after the portrait by Francois Clouet (c. 1510-1572). The original painting is now held at the Palace of Holyroodhouse in Edinburgh, as part of the British Royal Collection. The second plate depicts Francois I’s son, Henry II of France who reigned from 1547-1559, after a portrait by the Renaissance master Titian (c. 1490-1576). The portrait of Francois I is titled ‘Francois I’ and signed ‘Leber / apres Titian’ and the portrait of Henry II is titled ‘Henry II’ and signed ‘Leber / apres Maurin’.

Both plates depict the French kings in the Renaissance style in period dress, against dark, plain backgrounds. Francois I turns his head to the side in profile, and Henry II looks directly at the viewer. The compositions are framed within circular bands of gilt and turquoise blue, otherwise known as ‘bleu celeste’, which was pioneered by the Sevres porcelain factory. These plates, which are fine works of art, can be mounted onto a wall as a decorative feature, or would make an unusual gift for those with an interest in French or European history.