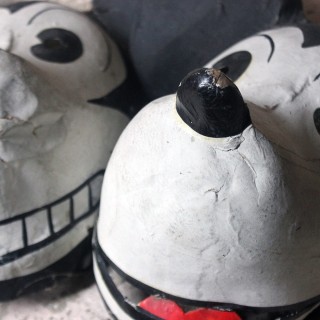 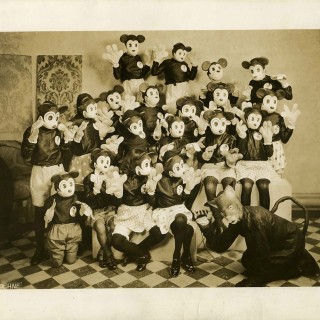 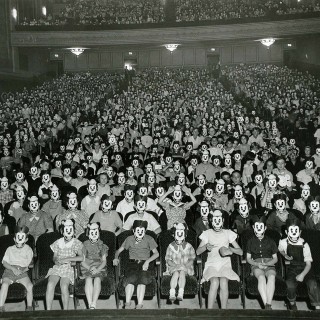 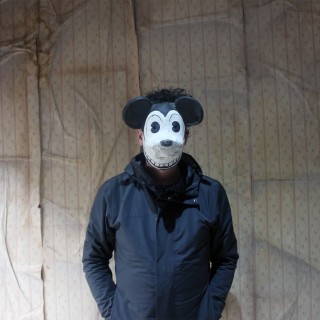 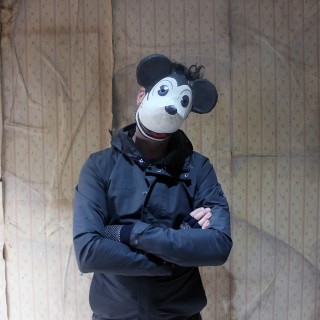 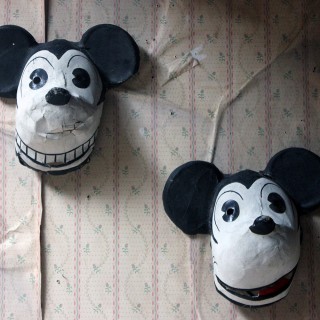 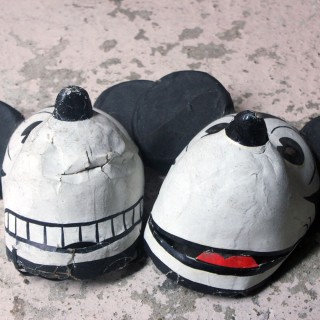 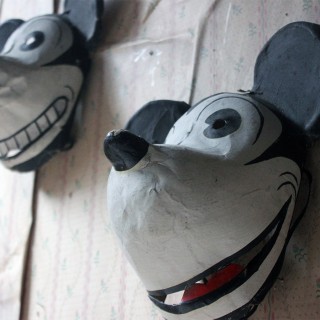 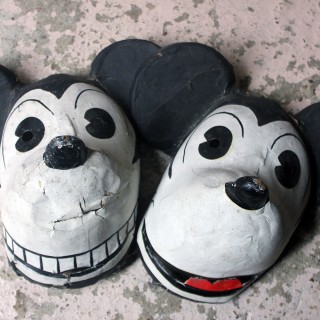 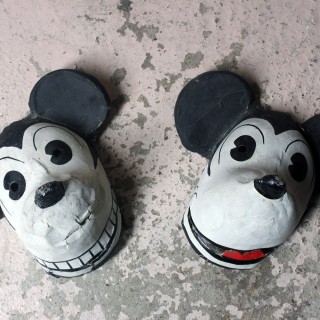 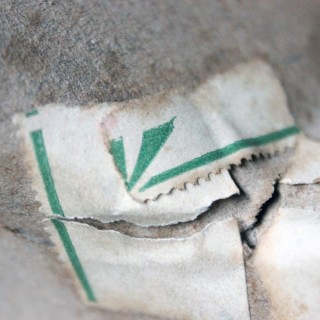 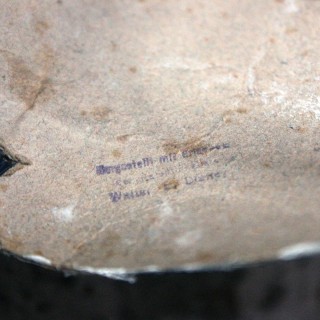 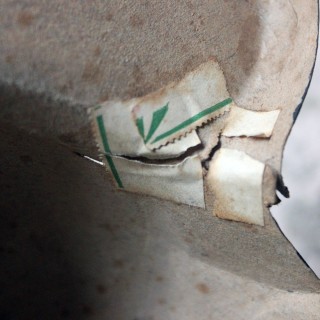 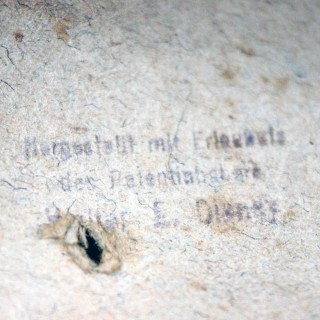 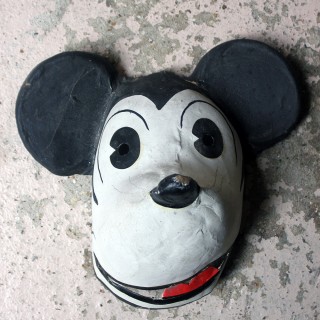 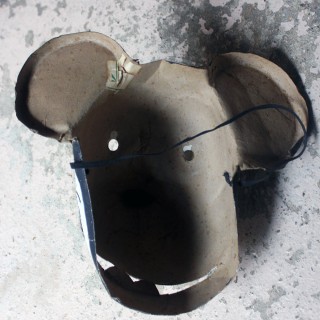 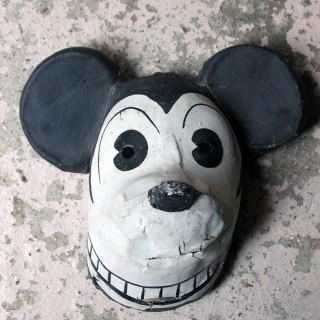 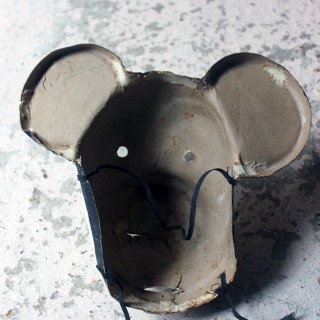 The very rare pair of Mickey Mouse masks in pressed card, one bearing teeth, the other with a hanging tongue, having been made for the German market and with the German ink retail stamp and paper label to the interior and probably having been initially used for the Mickey Mouse Thanksgiving Parade or for a Mickey Mouse Club cinema screening, each with pierced holes and later elasticated attachments, surviving in good overall order from 1930s Nazi torn Germany.

They were probably worn at the original Mickey Mouse Club that took place, as it did every Saturday, sometime, in the early 1930s in Germany. The masks therefore are extremely rare, given the combination of being very early on in the history of Mickey Mouse and Disney, and the fact that they were manufactured in Germany under licence.

The rarity of these masks is heightened by the fact that the Nazi regime of Adolf Hitler propagandised against Mickey Mouse, with one mid-1930s newspaper article stating;

“Mickey Mouse is the most miserable ideal ever revealed… Healthy emotions tell every independent young man and every honourable youth that the dirty and filth-covered vermin, the greatest bacteria carrier in the animal kingdom, cannot be the ideal type of animal… Away with the Jewish brutalization of the people! Down with Mickey Mouse! Wear the Swastika Cross!”

The character’s public debut was in Steamboat Willie, which appeared in 1928 and was one of the first cartoons with synchronised sound. By the mid-30s, largely as a result of The Mickey Mouse Club, Mickey had developed into a role model for children, which meant the writers had to tame him a bit.
As a result, he started to take more of a secondary role in some of Disney’s films, and in 1934, he first appeared with a bad-tempered duck named Donald, who quickly became an audience favourite.

The literalising of the metaphor of dehumanisation through the juxtaposition of words and images which is intrinsic to the comic book form is only possible through the deployment of ‘fantastika’. Mickey can be read as a symbol of many things, but he is more than simple allegory; he remains a walking, talking, whistling rodent. Fantastic, non-realist, techniques such as inserting a cartoon character into everyday life, allowed to make more nuanced comments about the reality of the Holocaust. Mickey is able to embody both the states of the Jewish inmate and the American outsider, simultaneously he is an intrinsically metatextual being and thus able to interact with the situation in a manner unobtainable to a realist protagonist.

“There is something bold and daring about a Mickey Mouse mask. It hovers in that nether world, the narrow line between friendly and scary. Early Mickey masks were honest. They stated their case clearly, and never stooped to cutesy. The rubber face of Disneyland, on the other hand, is soaked in sugar candy, sweet, cloying, and unflinchingly upbeat. But in the early days, Mickey Mouse masks were simple statements that captured the essence of Mickey.” – Mel Birnkrant

At a time when Germany derided Mickey Mouse for being ‘non-arian’ these extremely rare survivors are not only hugely fun and simultaneously macabre, they are also important pieces of social propaganda and history.

The ephemeral nature of the masks means it is pleasingly surprising that they have survived at all, and largely intact, this long. There are some damages as photographed with dents and small tears and with a guaze repair to one internally. Both have the patent stamp which tells us they are patented by Walt E. Disney, with one bearing the green and white makers label.