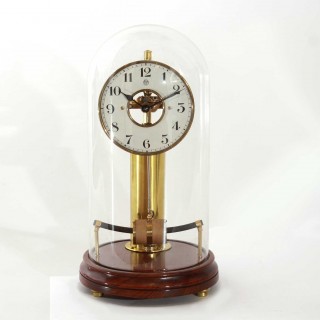 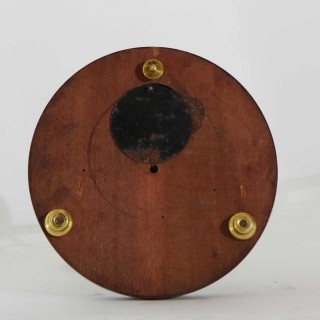 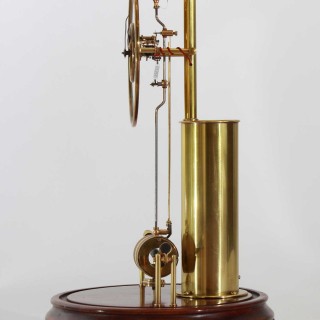 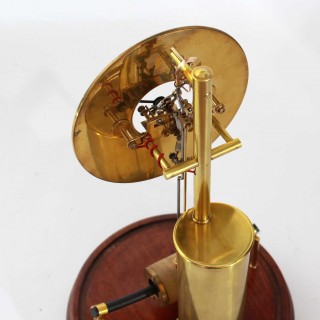 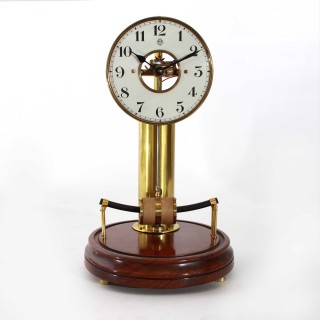 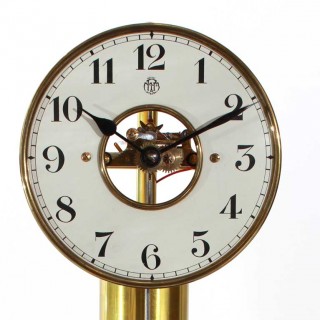 One of the earliest of the Type A Bulle clocks, serial number 3919, dated around 1920. This one bears the trademark MFB (for Maurice Favre-Bulle who developed it). The fact that the whole of the movement is visible in this model makes it one of the more popular designs.

The 5¼ inch silvered dial has a skeletonised centre, with black steel hands.

The mechanism has been fully overhauled, and runs off two AA batteries, concealed within the vertical brass tube.

Diameter of the base :21cms