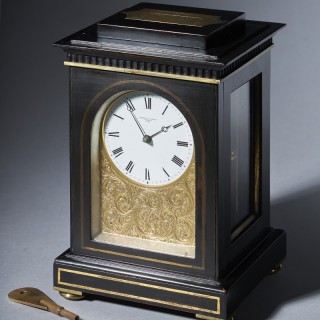 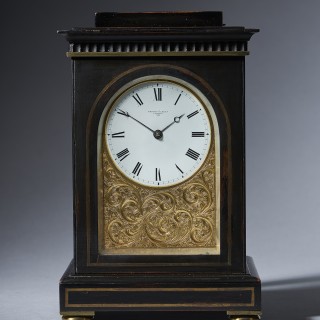 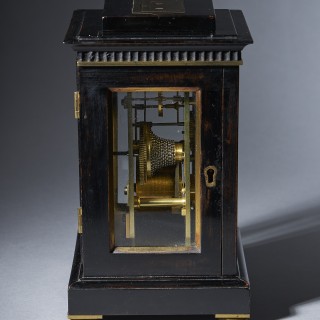 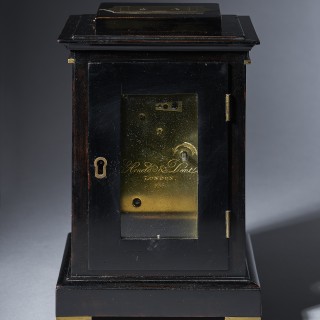 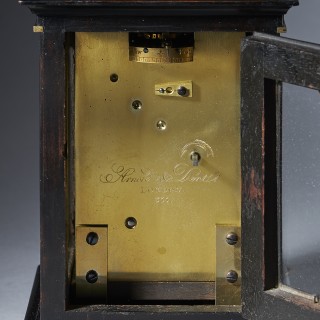 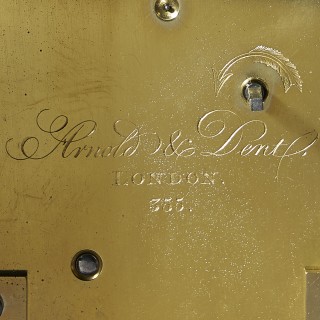 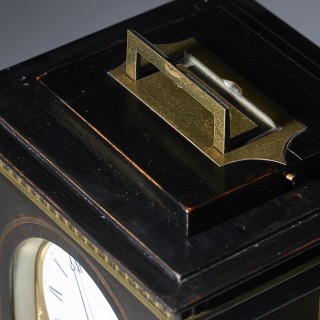 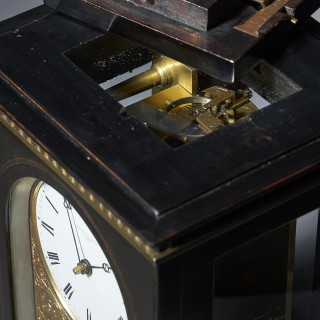 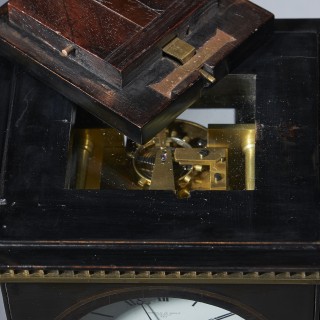 John Roger Arnold (1769-1843) was the son of the eminent chronometer maker, John Arnold. He was apprenticed to his father, who later sent him to the most distinguished French maker Abraham Louis Breguet. From 1830 until 1840 where he was partnered with John Dent (1790-1853), also a celebrated name in the field of chronometer making, who became clockmaker to the Queen. He was commissioned to construct the clock for the tower of the Houses of Parliament (Big Ben!), which was later made by his stepsons……. To the top of the eight-day movement sits the most fabulous and original high-quality platform escapement (swipe left). So good in fact, they decided to fabricate a removable top with spring catch so that it could simply be admired through a glass viewing window.

The time is indicated by a fine pair of blued-steel Breguet hands. The spring-driven, eight-day fusee movement is constructed between plates. It consists of a going train only, which has English lever escapement with hairspring balance on a large platform. It can be adjusted by a regulator pin which can be seen through the window in the top and is accessible through the back door. In addition, it is also marked with the makers’ names and numbered. The clock comes with its original key.