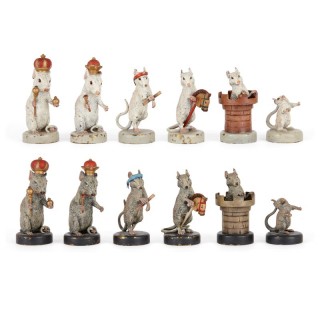 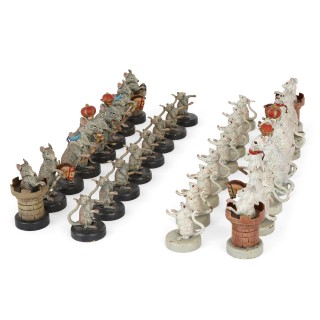 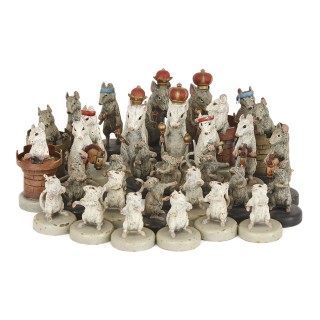 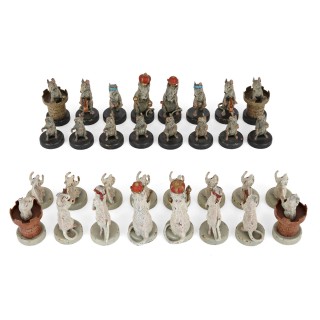 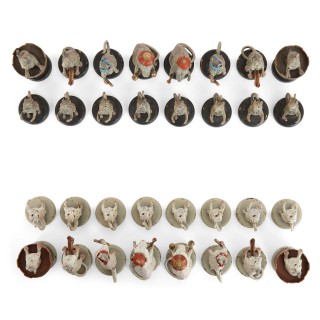 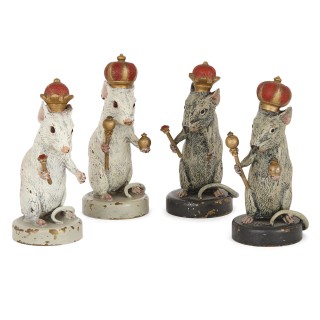 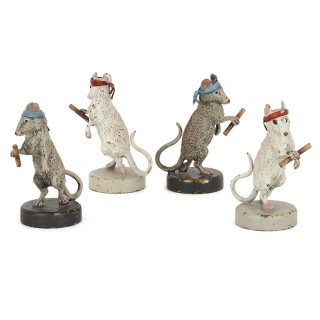 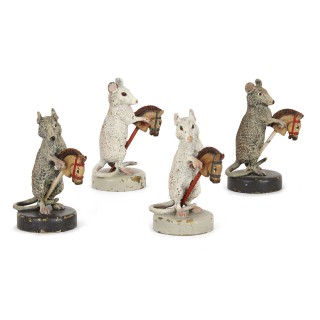 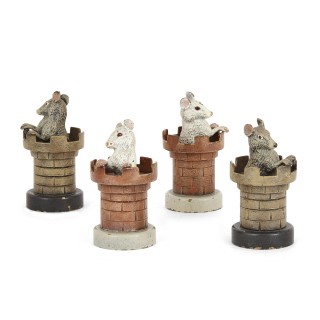 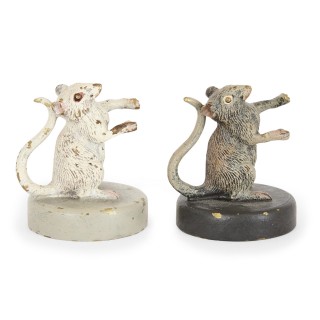 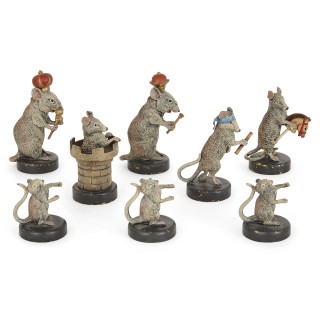 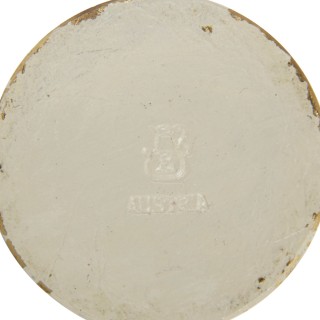 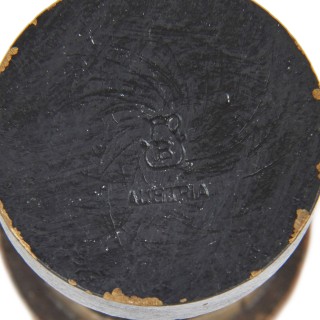 Comprising the full set of thirty-two pieces as mice, this chess set by Bergman is particularly rare and impressive. Each piece has been very finely cast and cold painted- a technique perfected in Vienna around the turn of the 20th Century- and was made by the top respected and celebrated craftsman of the time, Franz Xaver Bergman. He was known for his fine quality small animal objects- of which most common examples can be found in publications such as ‘Antique Vienna Bronzes’ by Joseph Zobel. There are no known documented examples of any of the models in this set, indicating it might have originally been commissioned for an important royal or noble person with a keen interest in chess.

Each individual piece represents a mouse in the typical form of a chess piece with two teams in grey and white colours. The pieces comprise rooks as castles, knights with hobby horse toys, bishops as runners (as they are known in German), queens and kings with typical royal regalia and pawns as smaller mice in the form of beggars or peasants (as they are known in German). Almost all the pieces are marked underneath with a B inside an urn, which is the foundry mark for Bergman, and further stamped ‘Austria’.