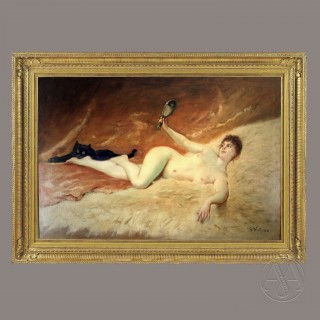 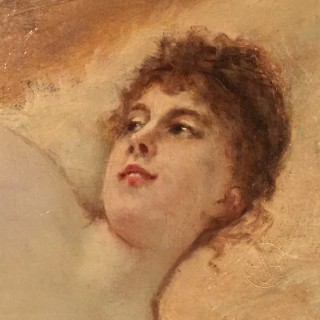 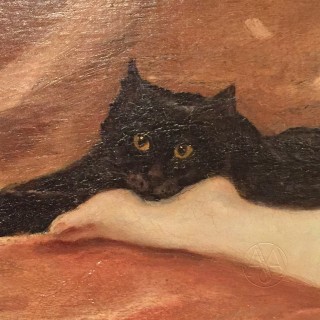 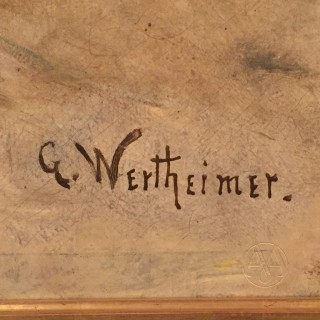 ‘Vanity’ A fine painting of a young woman in repose admiring her reflection in a mirror, by Gustave Wertheimer (Austrian, 1847-1904).

Oil on canvas in a giltwood and composition frame.
Signed ‘G. Wertheimer’.

Gustave Wertheimer was born in 1847 in Vienna and died in Paris in 1904. A respected artist in his own day, he was particularly known as a history painter specialising in genre scenes and portraiture, his pictures often embodied fantasy and dreamlike qualities.

He studied under Joseph Führich at the Viennese Academy before continuing his studies in Munich and then Paris, where he arrived in 1882.

It was during his time in Paris that Wertheimer obtained widespread recognition and success after exhibiting his painting, Le repas des lions chez Pezon, at the Salon of 1886.

He exhibited frequently at the Salon and participated in many of the great exhibitions of the period, receiving medals at Amsterdam, London, New Orleans and Paris. He also received an honorable mention at L’ Exposition Universal 1889 and participated in the last Salon de la Rose-Croix in 1897.