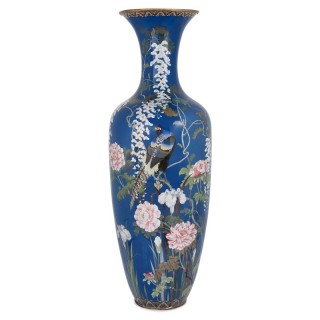 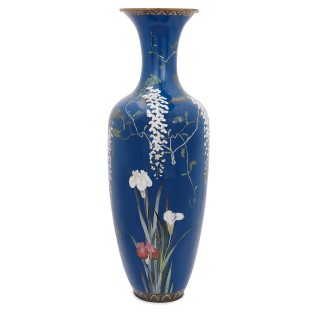 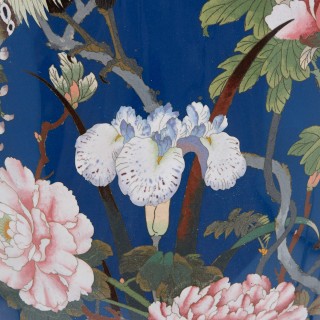 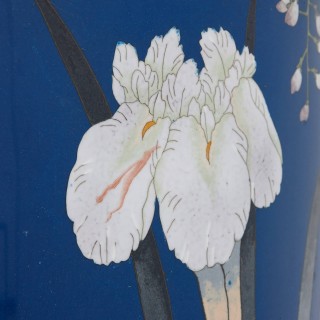 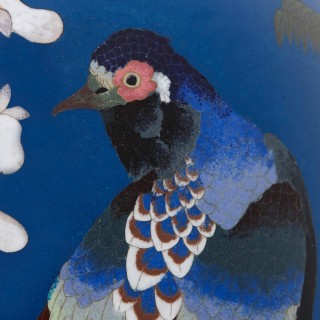 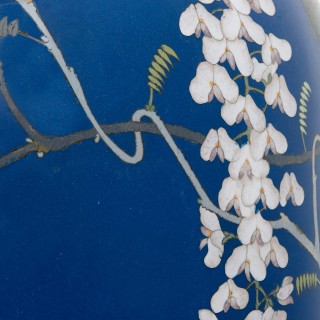 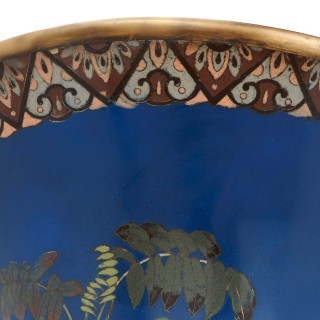 This stunning vase is a wonderful example of the quality of craftsmanship during the late 19th Century Japanese Meiji period. The Meiji era was famed for being the period in which Japan started to trade openly with the world, and in which the craft professions underwent dramatic expansion in order to meet export demand. It was a period in which Japanese decorative arts flourished to an unprecedented degree.

This vase has been completed in cloisonne enamel – that is, enamel which has been applied into segments marked out by wires on the vase’s surface – and shows images of flowers and birds taken from nature. The decorations are shown on a rich, royal blue ground and finished in a range of colours.