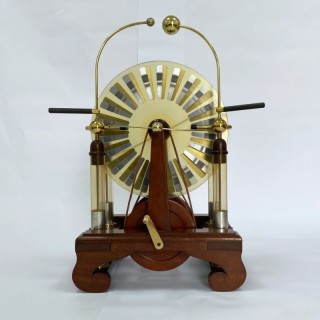 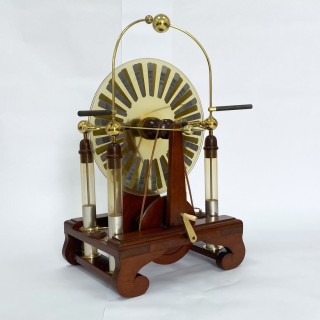 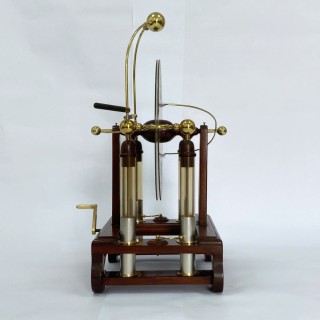 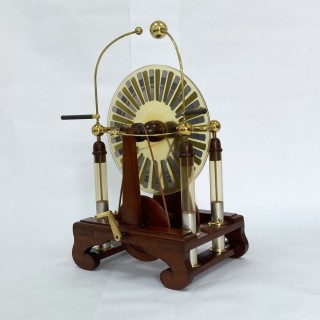 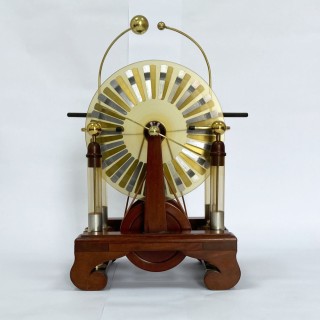 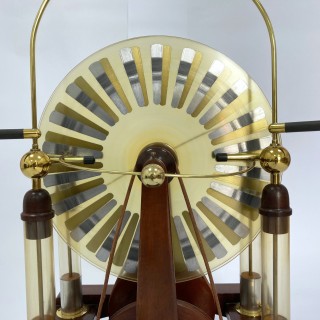 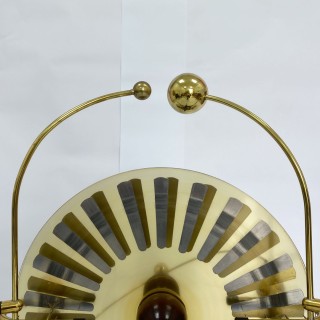 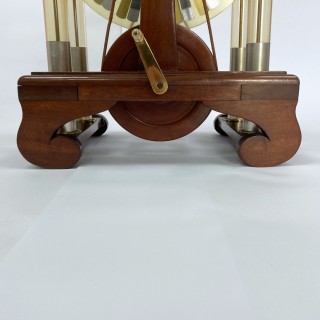 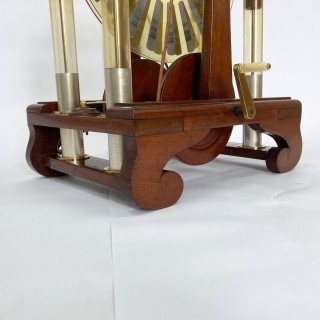 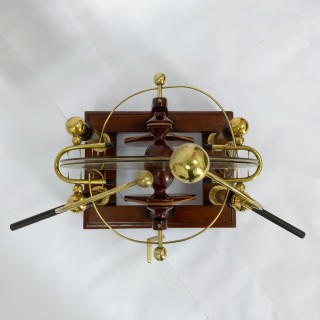 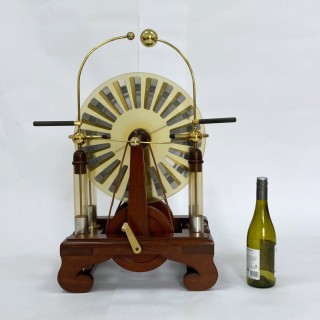 The machine has a mahogany base with scrolled feet and two contra rotating glass discs with 22 foil sectors attached to the front of each. The discs are rotated by means of two turned mahogany wheels with leather bands attached to a spindle on which the discs are attached. By turning the brass and bone handle, electrostatic charge is sent to the rare combination of four glass leyden jars which sit either side of the base. Once enough charge has been stored within the jars a spark is released between the two brass nodes which are positioned above the machine and are pivoted on two insulated arms to allow for lengthening or shortening of the spark whilst in demonstration.

The size and attention to detail of this truly magnificent example is exceptional and was created with aesthetics in mind. As a show piece it is the best I have seen in a very long time and is in full working order.

The Wimshurst influence machine or electrostatic generator was developed by the British inventor James Wimshurst between 1880 & 1883.

James Wimshurst was the Chief Shipwright Surveyor for Lloyds of London but dedicated his spare time to scientific experimentation. Widely known for his experiments with electricity, he became a member of the Institute of Electrical Engineers in 1889 and was elected a Fellow of the Royal Society in 1898.