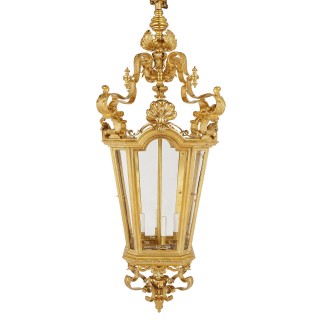 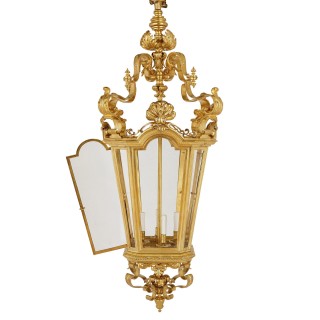 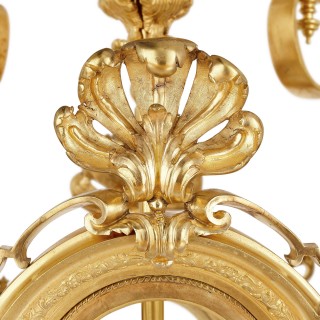 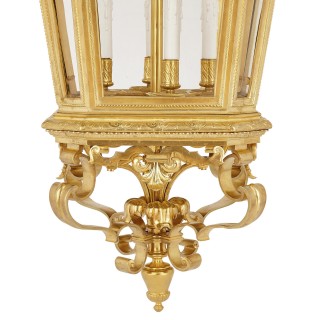 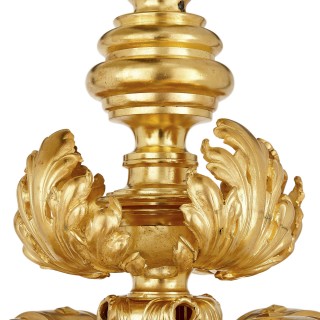 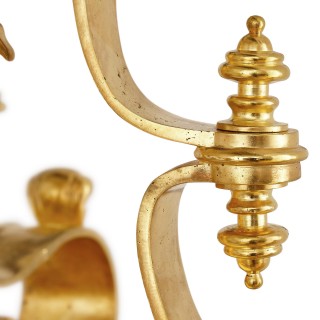 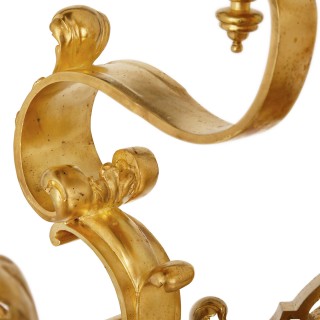 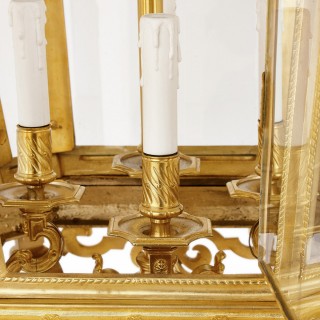 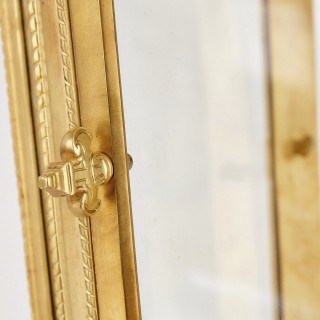 This exceptional lantern was produced during the reign of Napoleon III, a time known as the Second Empire. During this period, artisans revisited styles from previous epochs of French history, with the Rococo period being a particular favourite. The present lantern is designed in the Rococo style and crafted from gilt bronze. The lantern features a traditionally shaped light box, formed with panes of glass all round. The gilt bronze structure of the lantern is profusely adorned with Rococo style motifs: the bottom of the lantern features a series of scrolling brackets and foliate forms, while the top is adorned with large and ornate brackets and a series of shells, anthemia, and splayed acanthus leaf motifs. The lantern contains four lights.