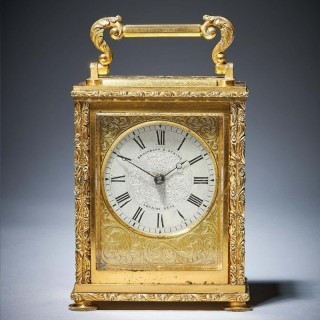 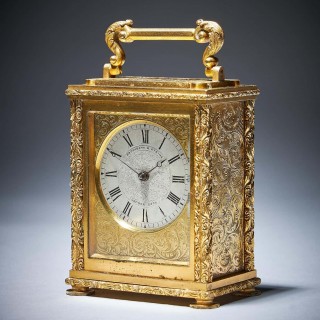 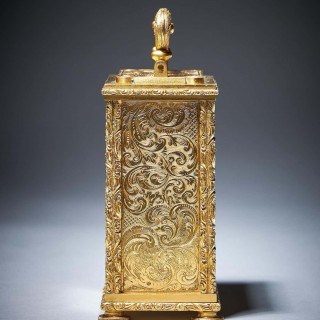 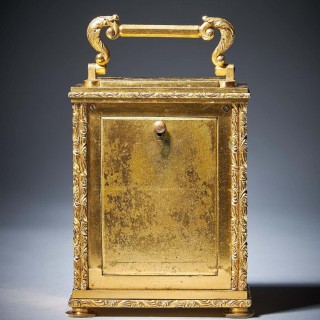 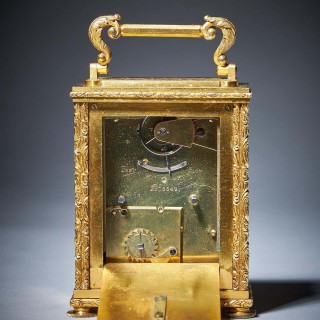 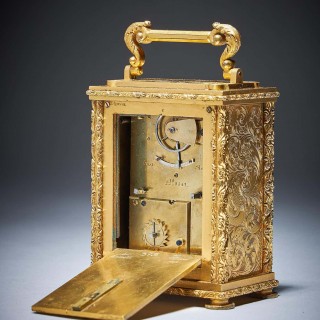 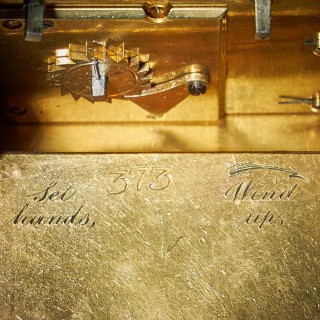 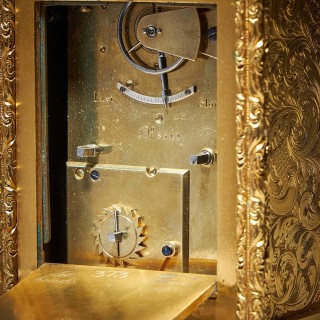 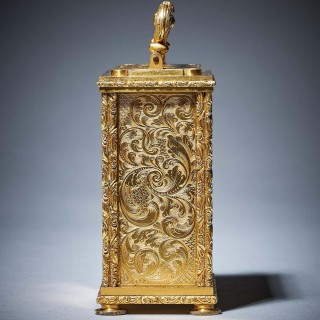 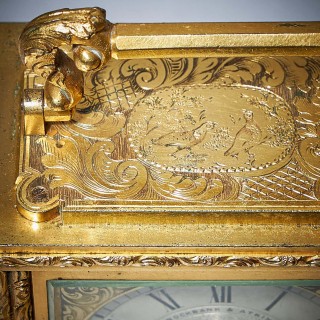 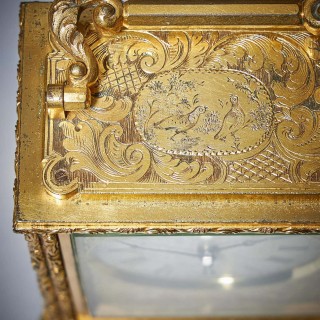 The extremely attractive engraved and gilt brass case of small proportions has four chased shaped columns on the corners with engraved panels to the sides depicting scroll and foliate motifs. The top and the bottom are embellished by thin rims, worked in a similar way as the four columns. At the back is a hatch with a button at the top and a hinge at the bottom, which, upon opening, reveals the backplate with a hairspring balance under a plain cock at the top, as well as two squares for winding and setting the hands half way down the middle. The backplate also bears the number of the clock No. 8542. Below the balance is a regulation pin with a calibrated silvered sector with the words ‘Fast’ and ‘Slow’ to facilitate regulation. The clock is surmounted by a lovely shaped carrying handle, having chased scrolls on both sides. The clock rests on four shaped feet.

The circular engraved and silvered brass dial is set in an engraved foliate gilt brass mask. It has a Roman chapter ring with five-minute and minute divisions. The time is indicated by a delicate pair of blued steel Breguet hands.

The eight-day single chain fusee movement is of excellent quality, with a lever escapement between the plates and the balance visible on the backplate. The rachet and rachet wheel for pre-setting the spring are situated on a separate subplate in the left bottom corner.

The makers, Miles Brockbank (1754-1821) and George Atkins (1767-1855), went into partnership in 1815 until 1850. In 1821 George’s son Samuel Elliot joined the business. The firm became famous for producing quality chronometers, but they also made all sorts of domestic clocks, as this very attractive carriage clock bears witness. The business remained active under the leadership of the descendants until just after WWI.