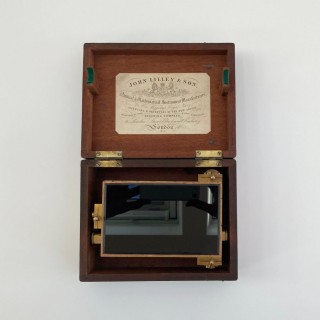 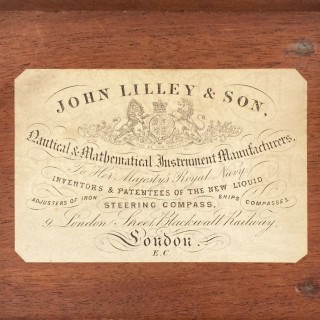 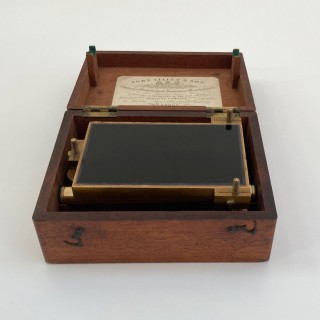 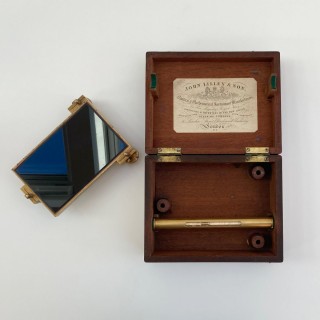 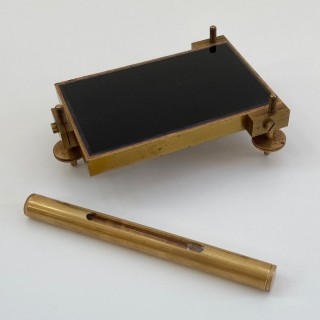 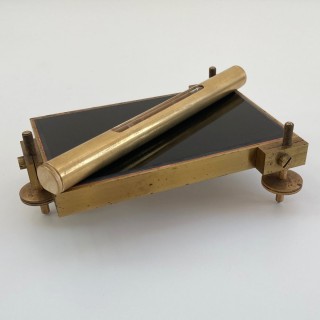 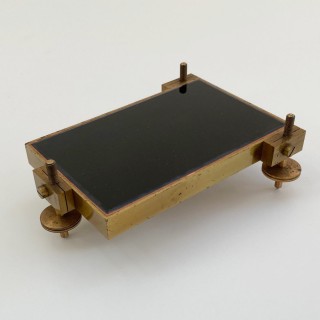 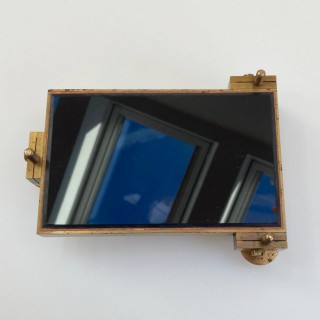 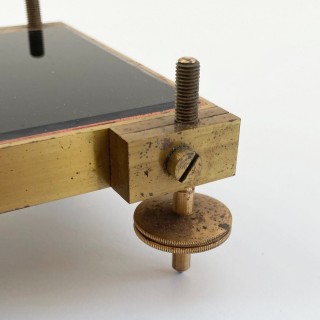 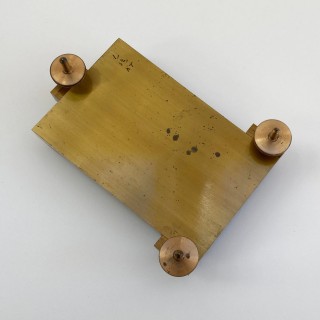 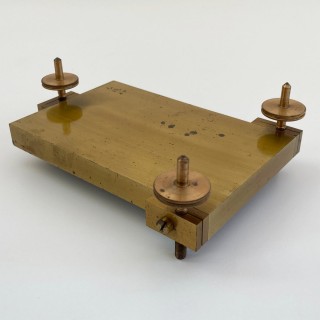 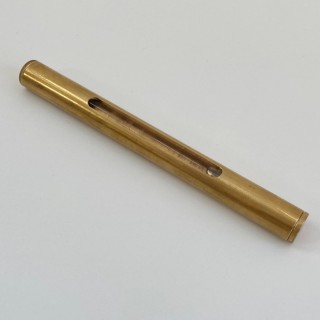 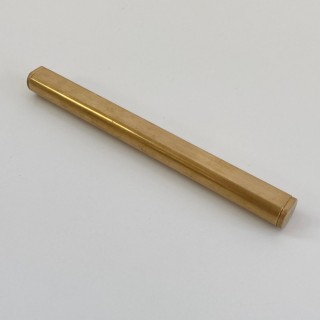 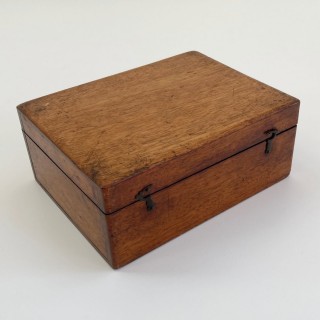 The base of the instrument takes the form of a brass rectangular tray which is inset with a mirror finished black glass plate with bevelled edge. The plate three pointed feet which are clamped to each side and screw threaded in order that they can be adjusted to a level position.

The plate is accompanied by a large brass spirit level with a flattened base so that it can be rested upon the plate to assist the use in creating a level platform for navigational observations.

The instrument is housed in a superb fitted mahogany case which provides three stabilisers for the feet of the instrument to reduce movement in transit and a semi-circular mount on each side of the case to hold the level in place underneath. The baize lined struts that emanate out from the lid also close over the top of the level effectively locking its position.

The history of the artificial horizon can be traced back to the sixteenth century but developments were largely popularised in the eighteenth century by John Hadley, John Elton and by the famous instrument maker, George Adams, the latter of whom is merited in 1738 with inventing the mercury trough of which this is a development intended to avoid the shake of the mercury encountered during the motion of a ship. It was devised as a means of navigation when the horizon was obscured by darkness.

Its principle was based upon the first law of optics, that the angle of reflection from a mirror is equal to the angle of incidence, therefore a sextant would be employed to measure the angle between the stars and their reflection on mercury or a glass plate.

The manufacturing company, John Lilley & Son was established in 1812 by John Lilley. His son (also John Lilley) was apprenticed and brought into partnership in 1846 and the company were established enough to receive appointments from both the Royal Navy and The East India Company.

The founder died in 1859 but his son continued to trade under the original name and took out two patents during the 1850’s and 1860’s relating to improvements to compasses. In 1865, the company moved to the London Street address. John Lilley Junior died in 1881, leaving the business to his son George Charles Lilley and the firm is documented as being involved in chronometer trials at the turn of the century.

In 1911, George Lilley went into partnership with John Wilson Gillie to form John Lilley & Son Limited and in 1943 after entering into voluntary liquidation it moved to form a new company of John Lilley & Gillie Limited. The company still exists today as a manufacturer of marine instruments

This horizon retains almost all of its original lacquer, a fine and large example of its type.