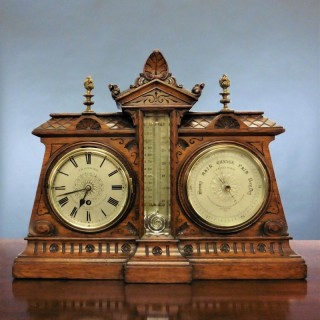 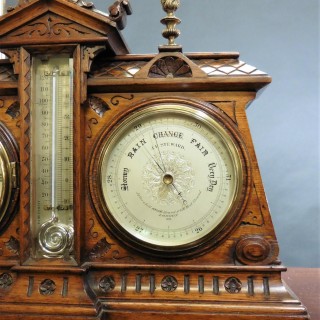 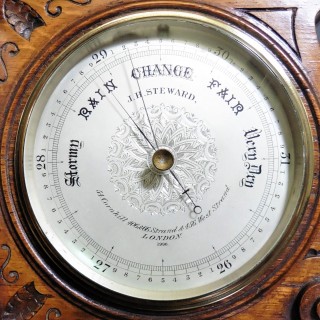 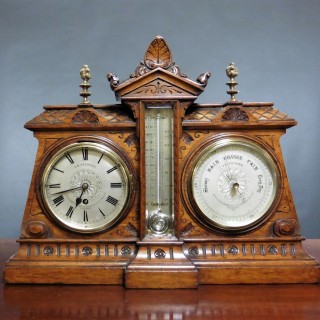 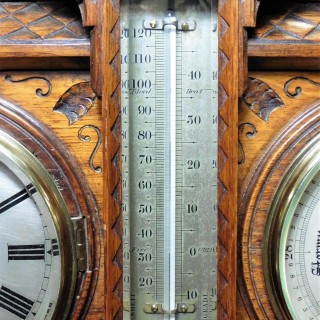 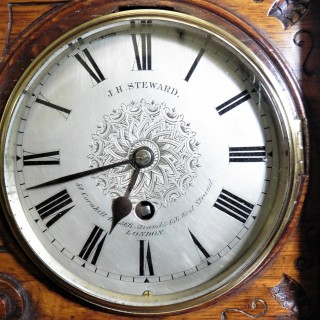 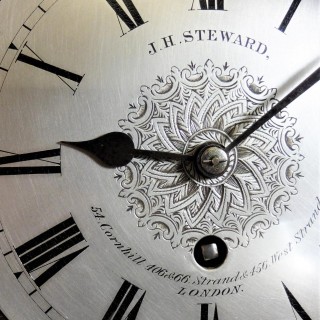 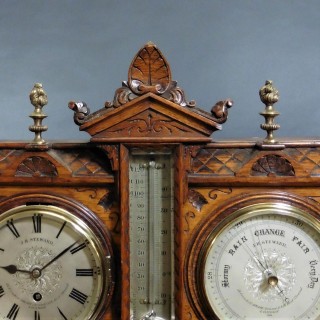 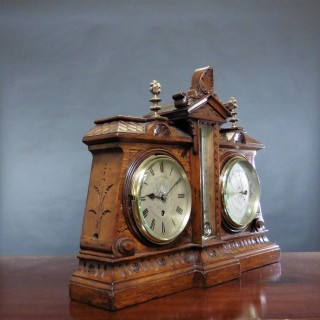 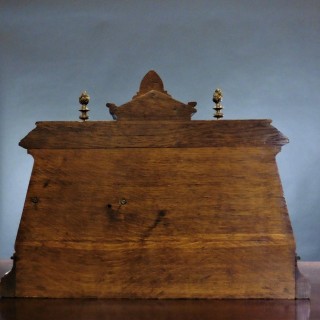 The aneroid barometer with bevelled glass with brass cast bezel and engraved silvered dial. Five weather indications, the scale marked from 26 to 31 inches of mercury and central setting knob for the pointer.

‘Barometer makers and retailers’ by Edwin Banfield lists James Henry Steward as working from various addresses in London including 406 the Stand, St Paul’s Churchyard, 54, Cornhill, etc. He was a prolific maker of all types of barometers during the second half of the nineteenth century. Maker of the celebrated Lord Bury Telescope and was commissioned by Admiral Fitzroy to make his famous Fitroy barometer which were used in all the railway termini and principle hotels in London. C.1890