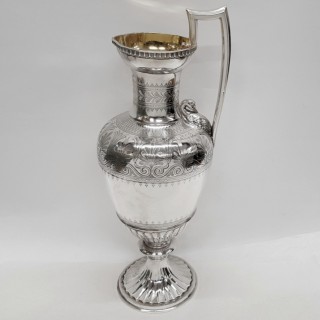 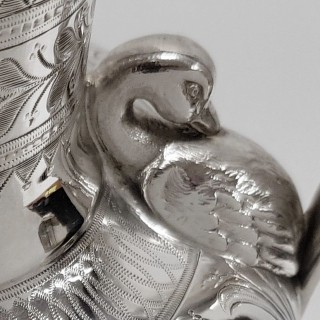 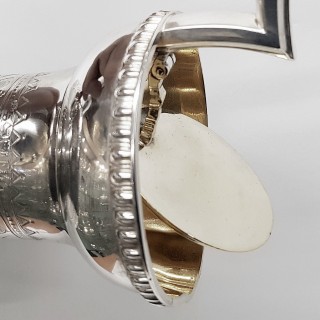 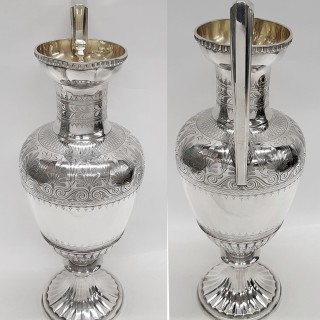 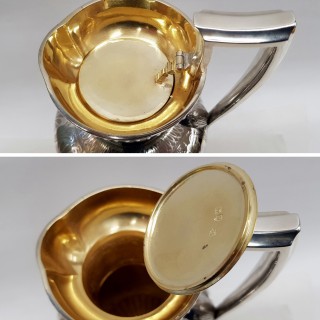 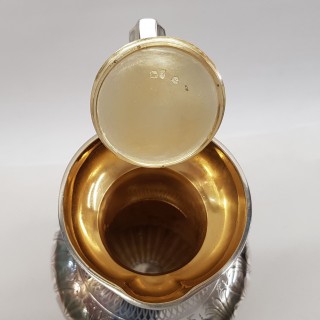 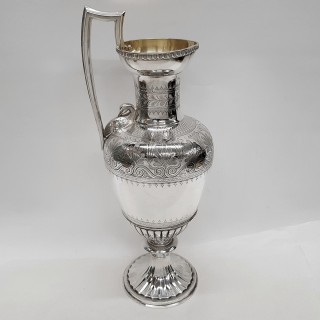 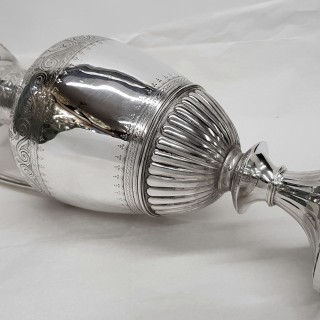 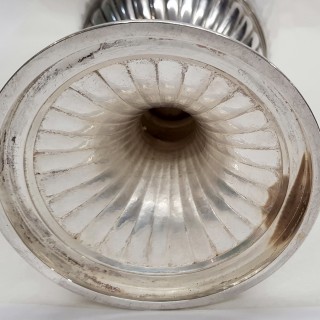 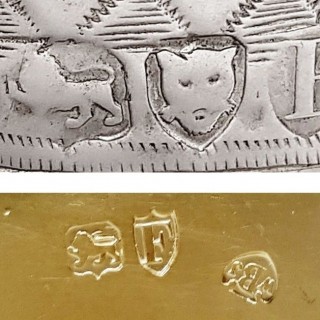 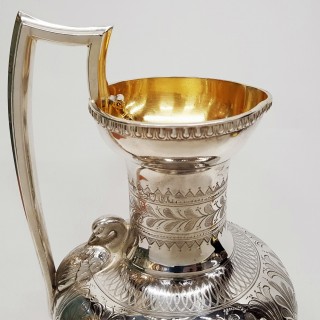 A fine antique sterling silver wine ewer of tall elegant vase form standing on a ribbed pedestal foot. The body is finely engraved with bands of leaves and scrolls. A very nice feature is the little model bird at the base of the handle. The lid and interior of the jug is gilded and has a free form pouring mechanism. Weight 834 grams, 26.8 troy ounces. Contains 1400 ml. Height 35.3 cms (top of handle). Spread 14 cms. London 1881. Maker W & J Barnard.

Biography – This old established manufacturing silversmith business was started by Anthony Nelme c.1680 passing to Francis Nelme on his death in 1722. Thomas Whipham took over the business in 1739, passing it to his son Thomas Whipham jr in 1756 who took into partnership Charles Wright.

This beautiful silver wine jug is in very good condition with no damage or restoration. The engraving is sharp. With a full set of English hallmarks next to the handle and the inside the lid.
Please note that this item is not new and will show moderate signs of wear commensurate with age. Reflections in the photograph may detract from the true representation of this item.