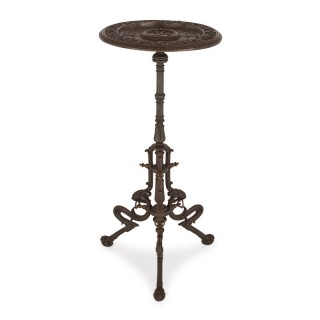 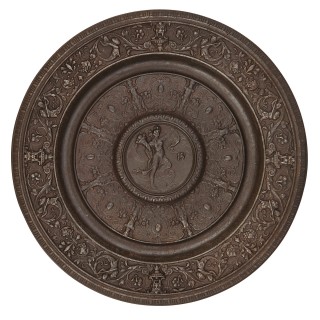 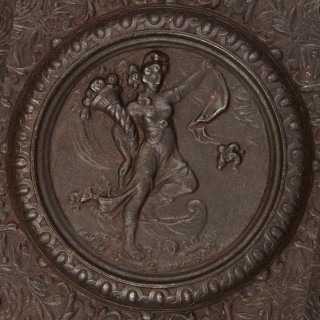 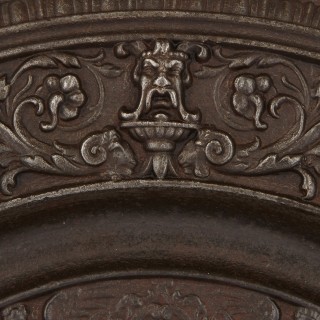 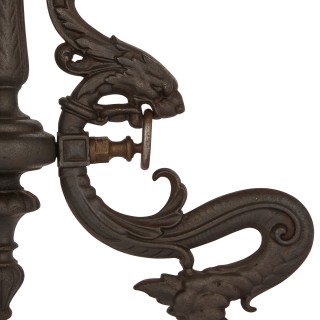 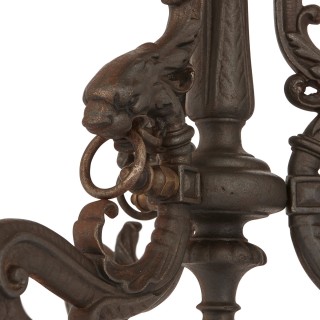 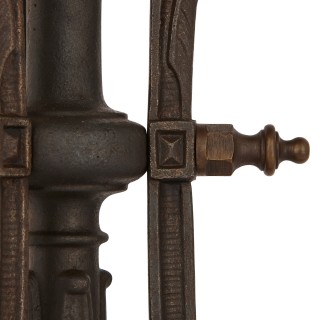 This occasional table is a beautiful piece of cast-iron furniture. Iron furniture of this kind flourished in Europe in 19th-early 20th Century, often referred to as the Industrial Age. This table could be placed in an interior, or in a garden, since iron is a remarkably durable material.

The circular table top has been beautifully cast with bands of low-relief ornament, depicting scrolled, fruiting vines, grotesque masks, ovolo mouldings, and stylised classical busts. At the centre of the ornament is a medallion containing a full-length image of the classical goddess, Fortuna, with her attributes, a cornucopia and ship. The decoration is arranged on multiple levels – the outer band occupies one level, and the second band is recessed, with a slightly raised central medallion. The circular top is raised up on a shaped stem, which is set on three monopodiae supports. Each support features a panther-like head, connected to a serpentine body, which terminates in a single claw-and-ball foot.