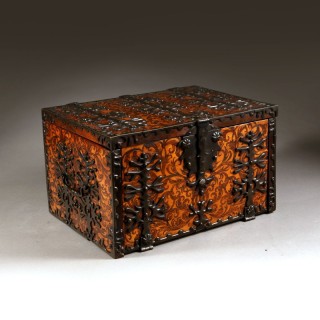 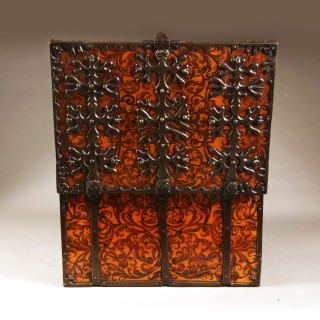 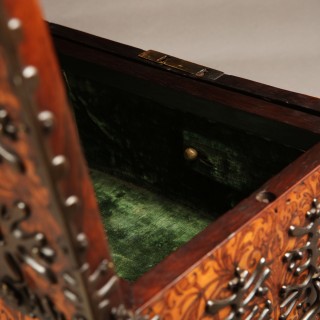 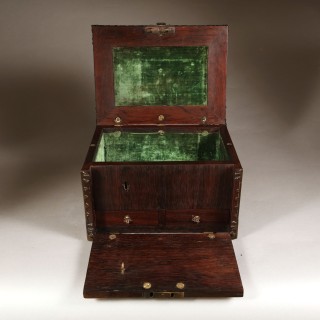 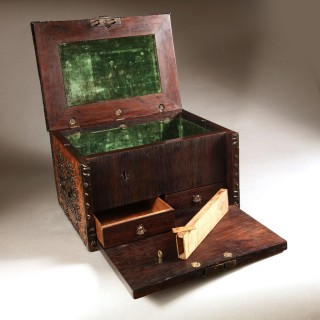 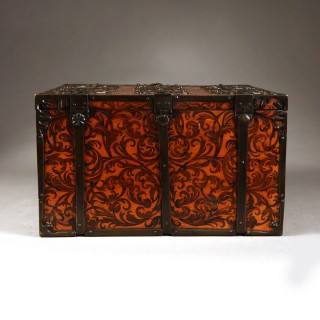 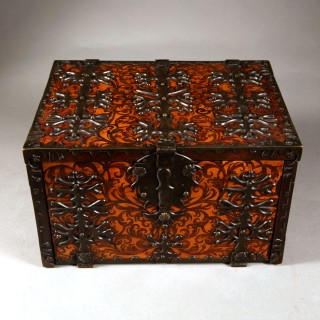 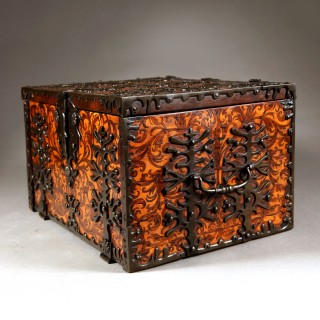 A 17th century William and Mary seaweed or arabesque marquetry strong box, with firm attribution to the royal cabinetmaker, Gerrit Jensen, circa 1680-1700, England.

This is one of only three 17th century examples of strong box, identified to have been produced in seaweed or arabesque marquetry, one of which is in the Duke of Devonshire Collection at Chatsworth House and the other at Ham House. Jensen (active 1680-d.1715) was of Dutch or Flemish origin. He was known to be working in London from a premises in St. Martin’s Lane by 1680 and was the only cabinetmaker working in England during this period, known to have used metal inlays and elaborate ‘seaweed’ or ‘arabesque’ marquetry. Among other pieces supplied to important houses and royal palaces such as Whitehall, St James, Somerset House, Kensington, Windsor Castle, Hampton Court and the royal residence at Newmarket, he also supplied a strongbox to the 1st Duke of Richmond. His furniture reflects the fashionable French court styles of Pierre Golle, André Charles Boulle and Daniel Marot. He was appointed as royal cabinetmaker in 1689 – 1710 and supplied both king William III & Queen Mary II (1689-1702) and Queen Anne (1702 – 1714).