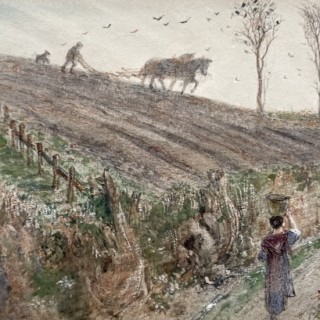 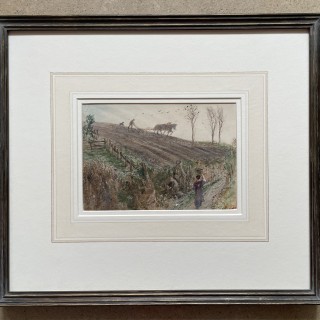 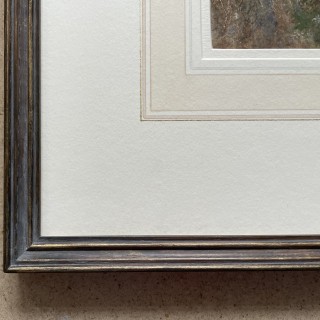 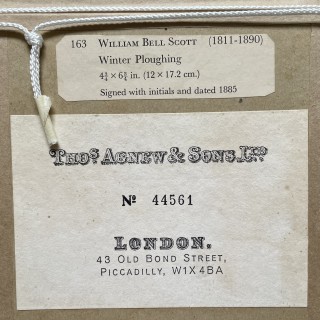 Signed with initials and dated l.r.: WBS 1885
Watercolour with scratching out

William Bell Scott was the son of Robert Scott, an Edinburgh engraver and brother of the artist David Scott. He was born at St Leonard’s, Edinburgh and studied under his father, and at the Trustees’ Academy before leaving for London in 1837. After entering for the Westminster Hall Competition he was appointed as master of the Government School of Design in Newcastle in 1843. Rossetti wrote to him in 1847 praising one of his poems, the two became close friends and Scott contributed several poems to The Germ. While in Newcastle he executed a series of large paintings depicting the History of Northumbria for the Inner Hall of Wallington Hall, the seat of the Trevelyan family. At Penkill Castle he executed a similar series illustrating The King’s Quair. He also helped James Leathart of Low Fell to form his Pre-Raphaelite collection. He returned to London in 1864 and bought Bellevue House in Chelsea. He exhibited at the Royal Academy, British Institution, Royal Society of British Artists and elsewhere. In addition to his artistic production he also undertook considerable literary works including editing the works of Keats, Byron, Coleridge, Scott and Shelley. His Autobiographical Notes were published posthumously in 1892.