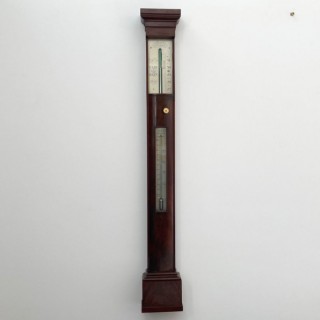 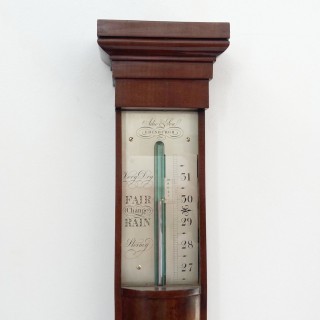 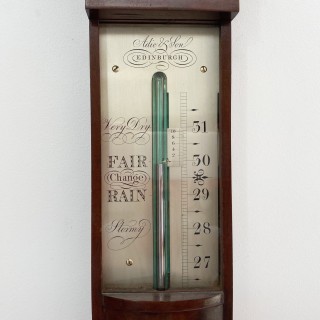 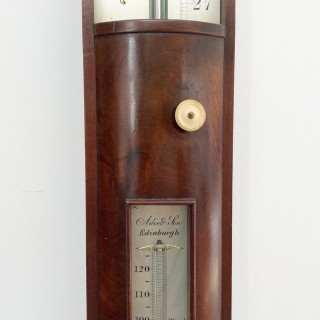 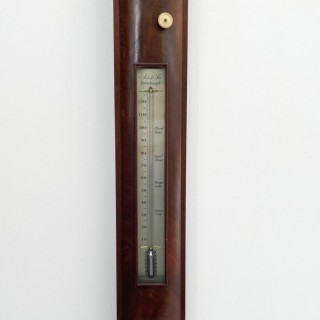 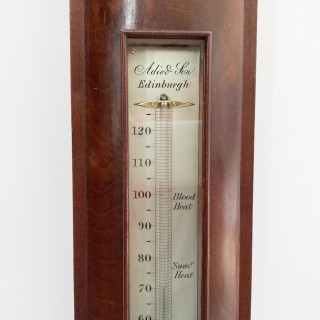 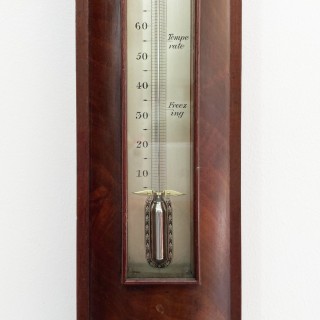 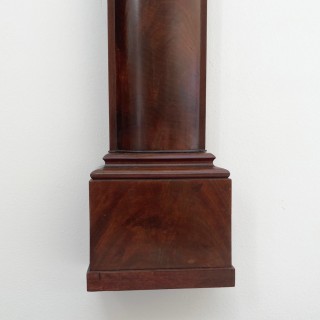 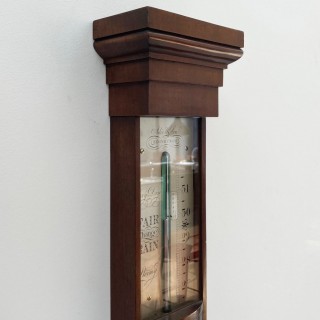 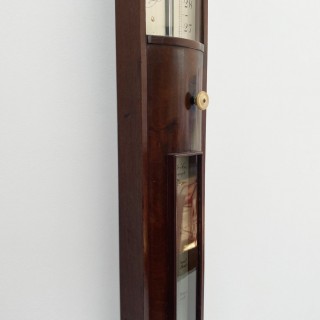 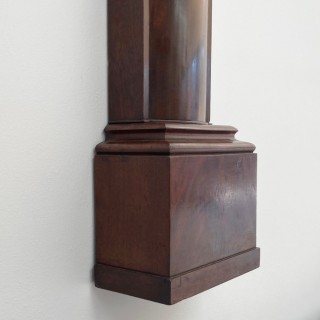 Executed throughout with the finest mahogany this robust and interestingly designed barometer has a graduated pediment leading down to a finely engraved and silvered dial with a scale measuring 27 to 31 inches of barometric pressure to the right and with corresponding weather indications to the right. The tube running through the centre is accompanied by a silvered Vernier scale for fine measurements which is in turn operated by a set key on the body below. The top of the scale is further engraved to the hugely renowned Scottish firm of, “Adie & Son, Edinburgh”.

Below the flat glass dial, the body of the barometer case becomes bow fronted incorporating a case for a 12 inch silvered and engraved thermometer with Fahrenheit scale and the maker’s name repeated at the top. The thermometer bulb is further surrounded with an intricately engraved oak leaf pattern, detailing that really shows the quality of execution and attention to detail.

The bow front body completes at a square and graduated mahogany plinth or cistern cover designed in a similar fahion to the corresponding pediment above.

A fine and very unusual stick barometer, Scottish makers of the early Nineteenth Century were certainly more daring in their designs than their English counterparts who largely followed the Italian patterns of the age. This example reflects all of that design flare and emanated from one of the finest scientific workshop of the period.

The history of the firm, Adie & Son began in 1776 with the celebrated Edinburgh scientific instrument maker John Miller, the uncle of Alexander Adie. Miller himself had been apprenticed under the world renowned maker George Adams so Alexander was privileged to have had an uncle from such a prestigious background.