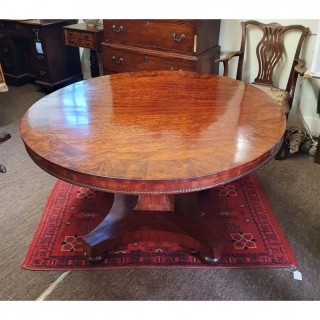 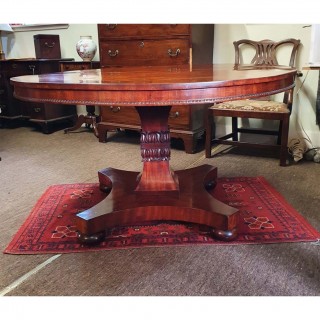 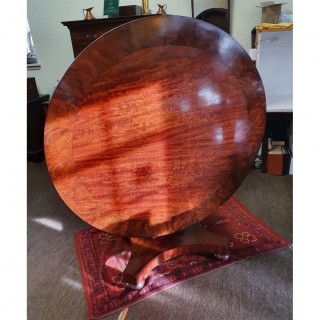 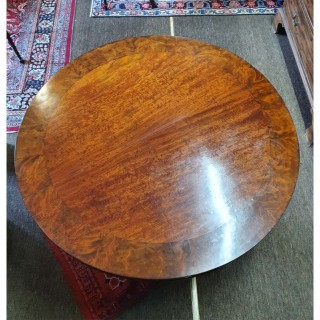 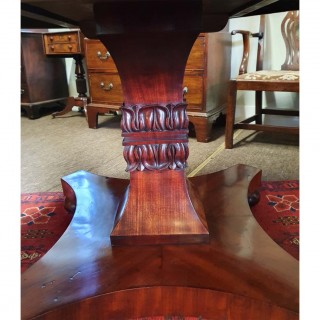 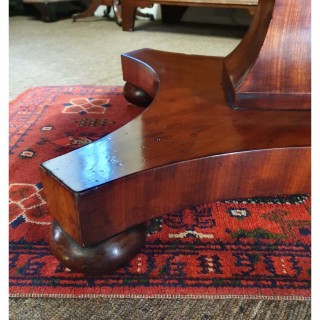 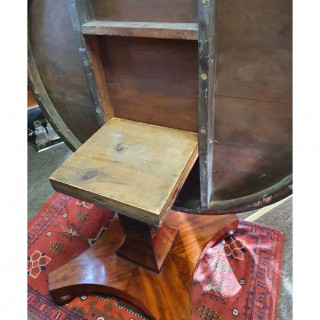 Fine early 19th century Scottish mahogany round breakfast table almost definitely by WILLIAM TROTTER of EDINBURGH. This early 19th century table displays all the features associated with early William Trotter furniture such as the distinctive square column with carved band in the middle and the thin freize with beaded bottom edge. The top of the table is veneered in diseased mahogany with a wide flame mahogany cross banding. The thin freize is cross banded in mahogany with beaded moulding at the the bottom edge. The platform base is quarter veneered in a pleasing pattern and it has its original round bun feet with inset castors. The table tilts but instead of the usual catch this example has three matching bolts to hold in place once down making it very stable.

The table is in very good overall condition. 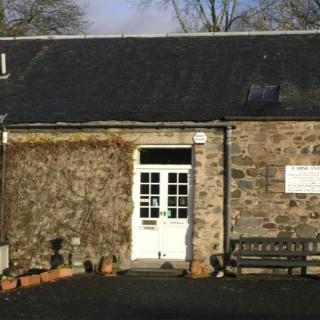