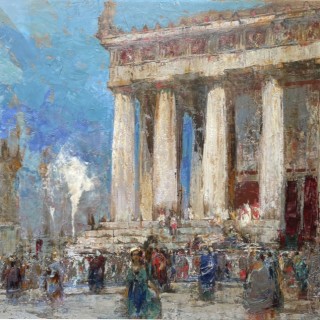 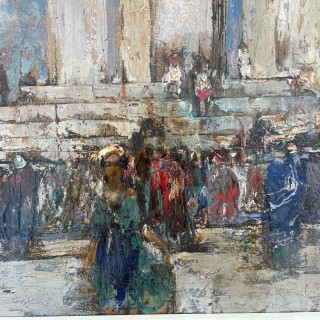 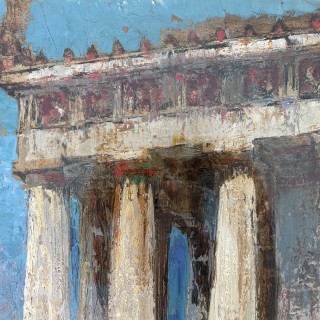 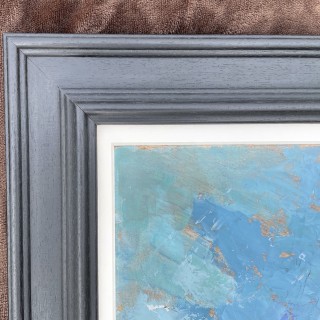 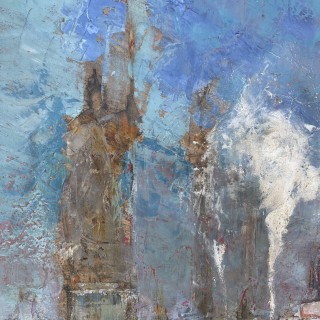 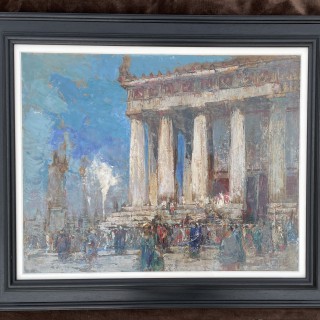 Signed and dated l.r.: W Walcot 1919
Oil on paper over an etched base
Framed

Born in Russia, the son of an English father and a Russian mother, he grew up in Western Europe and South Africa before returning to Russian at the age of 17. He studied art and architecture at the Imperial Academy of Arts in Saint Petersburg before further studies in Paris. He worked as an architect in Moscow creating and distinctive oeuvre of Art Nouveau buildings, the largest and best known being the Metropol Hotel. In 1906 he moved to London where he became one of the most prominent architectural draughtsmen of the 1920s and 1930s. He was elected to the Royal Society of British Artists in 1913, an associate of the Royal Society of Painter-Etchers and Engraves in 1916 and a Fellow of the RIBA in 1922. He was also an associate of the British School at Rome. His successful practice failed with the outbreak of World War II and in 1943 he committed suicide.