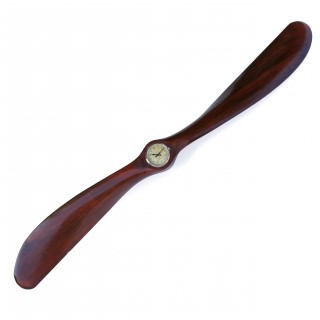 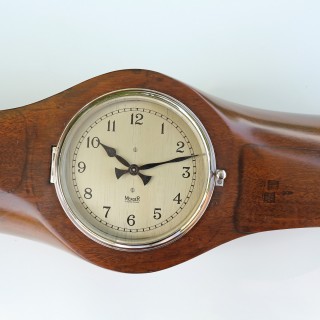 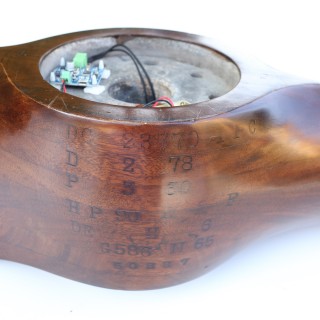 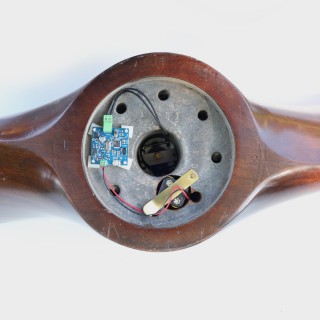 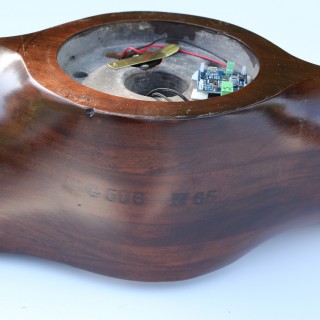 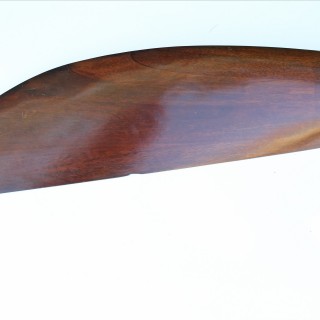 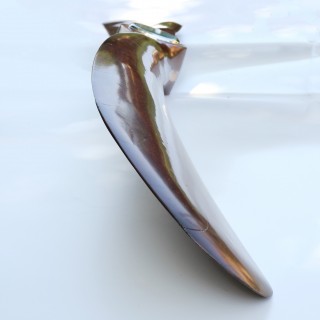 A very rare and graceful laminated wooden propeller made by the Integral Prop Company. The propeller was used on a 90 horse power Royal Aircraft Factory engine 1, with a DH6 aircraft, whose stability enabled it to become an all-weather anti-sub aircraft when the U-Boat menace became a danger to Great Britain in 1917.

With a length of just over 9 feet (278cms), this will be a dominant feature on any wall and an interesting talking point. The clock is an early Mercer electrical clock, giving almost silent operation.

This information was gleaned from Bob Gardner, whose excellent website www.woodenpropeller.com is a mine of information. Thanks Bob! Another propeller from batch G583 Bob dates to autumn of 1917, so this one was presumably made very shortly afterwards.

The front of the propeller is also stamped with a military insignia.

The timepiece clock is from a bulkhead marine clock by Mercer from around 1930.  Originally a slave clock , it is now retro-fitted with a slave impulser to run independently. It is powered by a standard 1.5-volt batteries, concealed within the hub.

The silvered 6-inch dial has Arabic numerals within a minute- track and is signed MERCER, ST. ALBANS, ENGLAND.