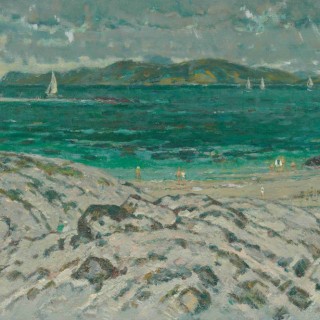 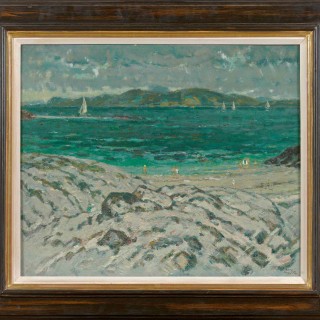 John Miller was born in Glasgow and studied at the Glasgow School of Art under Sir William Hutchison in 1936 and at Hospitalfield Art College in Arbroath under James Cowie in 1938. He joined the staff at the Glasgow School of Art in 1944 and remained there until his death. A versatile painter he was the elected president of the Royal Scottish Watercolour Society from 1970-1975. His work is held in the Hunterian in Glasgow.

Will be shown at our annual Scottish Show 2021 from the 26th January. Get in touch to receive the exhibition catalogue