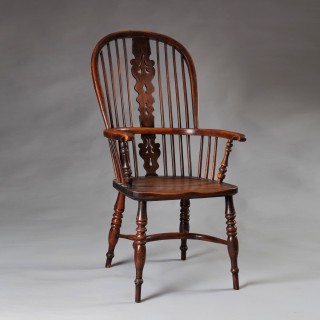 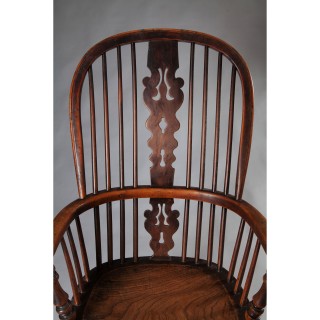 The Windsor Chair is established as one of the great classics of English country furniture. They were made by village craftsmen to traditional designs in native woods like elm, ash, oak, beech and yew. In actual fact the word Windsor refers not to the place of origin but to a design where the legs and the back are both placed into a solid seat and this form of construction proved so practical and popular that it was widely adopted not only by country craftsmen, but for mass production in factories for schools and other institutions.

More sophisticated examples were also produced by fashionable makers for wealthy customers; one of the most desirable are chairs with ‘U’ shaped crinoline stretchers. Windsor Chairs started in the early 18th century.

​Chairs of this type were manufactured in large numbers in the Thames Valley in Buckinghamshire, and Windsor may have been a centre for distribution.