Diamonds were probably worn as early as the sixth century BC, though the oldest extant examples date from Ancient Rome.

As the technology did not exist for cutting diamonds—the hardest substance on earth—the gems were set in their natural form, an octahedral crystal. Though not technically a cut, these are now termed ‘point cut’ diamonds.

It was not until the thirteenth century AD that the first true diamond cut appeared, known as the ‘table cut’. The simplest of all methods of faceting a diamond (or creating additional planes on the surface of a stone), it consists of removing the top and bottom points of the octahedron: this is possible because the crystalline structure of diamond is such that a relatively weak plane exists in parallel layers through the stone from top point to bottom point, which can be ground down with the application of another diamond, and then polished with diamond dust.

This technology likely originated in the Middle East or Venice, along the major trade route from the sole source of diamonds at that time—India—to the courts of Europe. The ability to grind further facets, as seen on modern diamonds, would not be possible until the invention of the rotary diamond wheel during the fifteenth century. Table cut diamonds set into Medieval and Renaissance jewels are extremely rare, as diamonds were highly uncommon and very valuable. Often colourless stones, such as quartz and white sapphire, were cut in this manner to mimic diamond. Furthermore, most old table cut diamonds were subsequently unset and re-cut as technology advanced, rendering any such jewel a remarkable survival.

The ‘rose cut’, defined by its rounded outline and multiple triangular facets, has its origins in sixteenth century Europe, where the invention of the diamond cutting mill allowed for more facets, placed at varying angles. The first diamond cut with multiple triangular facets – the earliest form of true ‘faceting’ – was introduced in Antwerp, which as one of the largest Northern European sea ports and with political and economic links to Portugal, Spain and England, became the centre of the international economy and the richest city in Europe. It became the primary cutting and diamond trading centre, which despite the decline of its other industries, persists to this day. Because of this history, the rose cut is also sometimes called the ‘Antwerp’, ‘Holland’ or ‘Dutch rose’.

A rose cut typically has a flat base and anywhere from six to twenty four facets, the latter known as a full rose cut. Rose cuts can also be modified to take any outline, such as hearts or drops, or be faceted on both sides to form a double rose cut. Rose cut diamonds remained popular through the late nineteenth century, and seem to be experiencing a renaissance in popularity today.

The cut considered to be the precursor to the modern round brilliant is today known as the ‘old mine’ cut. This early brilliant cut is at its core a table cut to which additional facets have been added. The result was most often a ‘cushion shaped’ outline, achieved by removing the corners of a table cut and the addition of numerous kite-shaped facets, fanning out like a star from the central table facet.

The probable impetus for the invention of this design was the depletion of diamonds in India, which up until the early eighteenth century was the world’s only source of diamonds. Restrained by the lack of rough material, cutters were forced to adapt old table cut stones with new facet patterns: it follows that table cuts with damaged corners, for example, would have been re-cut with rounded corners, resulting in a more rounded outline. The star facets were likely a result of improvements in diamond cutting technology, as well as an increased understanding of the way light is reflected back out of the stone, which can be increased via additional facets.

Despite these innovations, table and rose cuts dominated jewellery of the late seventeenth century, and the old mine cut remained largely non-standardized. It was not until the 1730s, with the discovery of a new source of diamonds in Brazil, that brilliant cuts became more popular. For the first time a large supply of well shaped rough diamonds coincided with the technology to cut numerous facets, and thus the brilliant began its progression toward the highly regular round brilliant of today. The charm of these early brilliants in comparison with modern stones, however, is surely their history and their unique irregularities—each cut by hand, the stones derived from historical mines long since depleted, and cut to maximize the glittering candlelight of the era in which they were worn.

Also sometimes referred to as ‘old European cuts’, ‘old cut’ diamonds are characterised by a symmetrical rounded outline, and a deep crown and pavilion (the top and bottom sections of a brilliant cut stone when viewed in profile). Though they existed as early as the seventeenth century, they did not reach the height of their popularity until the late nineteenth century.

This was largely due to Henry D. Morse and Charles M. Field, who in 1874 patented a steam driven bruting machine in the United States – bruting being the term for the process by which the outline of a diamond is fashioned during the cutting process – creating rounded symmetrical stones with newfound relative ease. The invention also coincided with an influx of diamonds into the world market, with the discovery of the gems in South Africa in 1867.

The downside to this cut, which is in part why it was avoided in the past, is the inevitable loss of weight which would otherwise be retained when sticking more closely to the squared shape of a natural rough diamond, as in table and old mine cuts. However, the power-driven circular saw, invented around the same time, made it possible to cut a diamond and retain the excess, which could then be cut into smaller diamonds, rather than grinding the excess into diamond dust. Due to these three converging factors, this cut soon became the new standard, largely replacing the cushion shaped old mine diamond. The cut remained popular well into the mid-twentieth century, and is today a much-loved feature of antique and vintage jewellery.

By Justin Daughters of Berganza Ltd

As a graduate from Oxford University, my visits to the Ashmolean Museum and hours spent at Christie's and Sotheby's gave me an early insight into what was to be my business; the sale of Oriental… 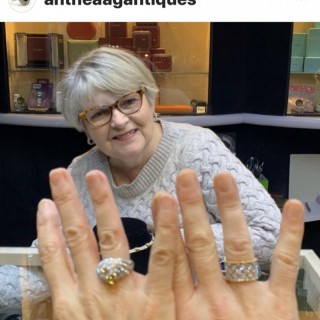 I specialise in antique jewellery from 1649 to 1920. Of particular interest to me are: 17th century Stuart crystals and rings; 18th century Memorial jewellery, gem set rings and Paste; Cut Steel, Berlin Iron and…
D
Lapada Dealer

DB Gems was established in 2005, based in the Gray's Antique Market, just off Oxford Street, They have earned a reputation for fine quality antique, modern jewellery & object d'art. 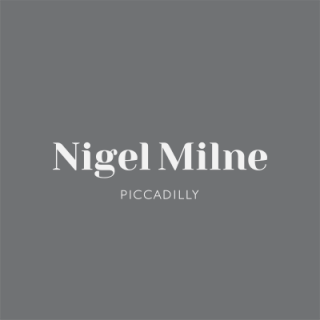 Our reputation was built through our specialism in jewellery of the Edwardian and Art Deco periods leading to the foundation of Nigel Milne in 1979. Today Nigel and Cherry maintain a varied stock of period…