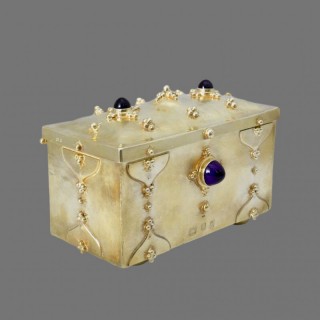 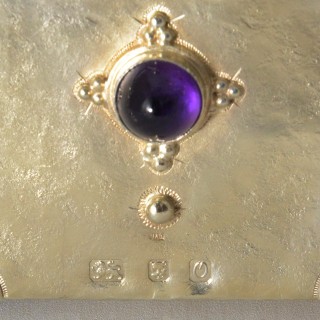 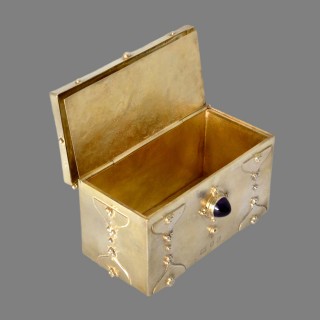 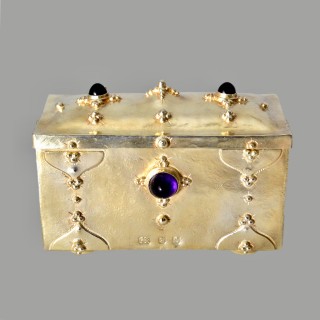 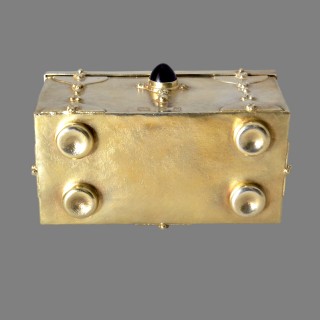 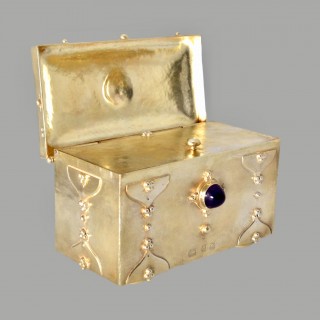 Every so often you see something so incredible you have to buy it -even if it is out of period. This is such a piece. It is a silver gilt casket set with large deeply coloured amethysts. Hand hammered, of exceptional gauge of silver, the gilding appears as antique mercury gilding, most likely by using high carat gold. The casket has an interior lid for added mysticism.
The casket was made in 1986 by the silversmith Michael Bolton as part of a massive ecclesiastical set for one of the richest men in America, John Kluge. Michael Allen Bolton was an informally trained professional silversmith who was inspired by ancient and medieval silver and the arts and crafts movement. It is said he used a sledge hammer and anvil to achieve his distinctive hand hammered patina. He spoke of his silver work as an extension of himself and without doubt he put his heart amd soul into this piece and the commission overall.
The provenance for this piece took an added twist this century. The Kluge estate was acquired from bankruptcy, brought on by John Kluge’s death and poor investments by his surviving wife, by the one and only Donald Trump. It is assumed he then sold off the “family silver”.