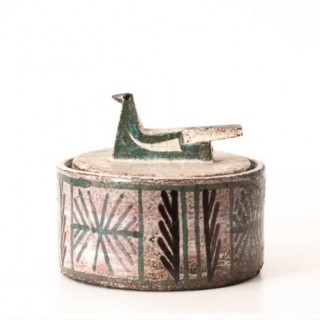 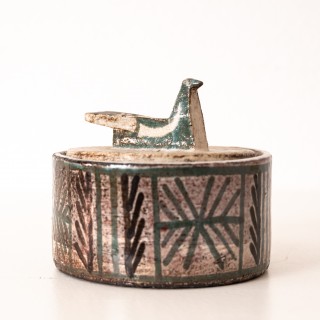 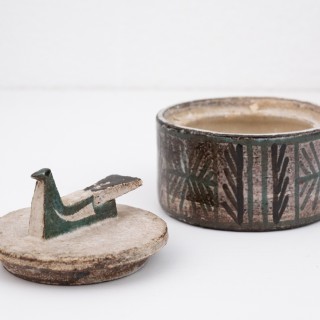 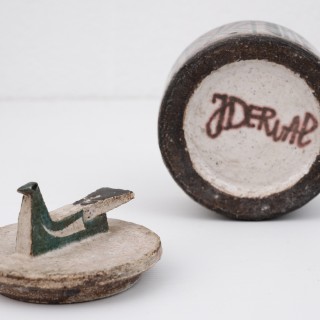 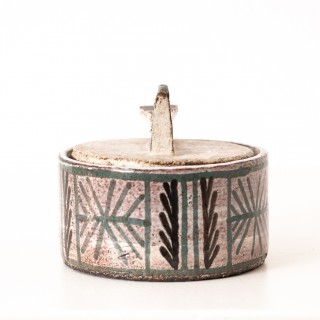 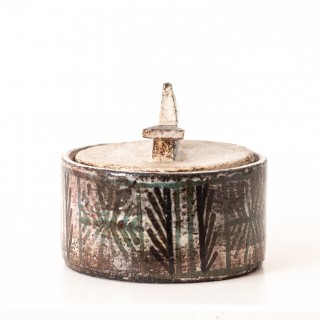 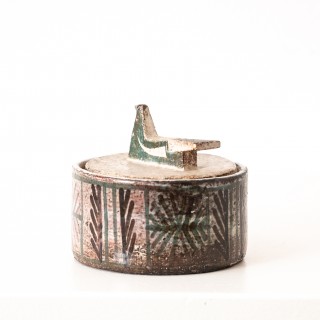 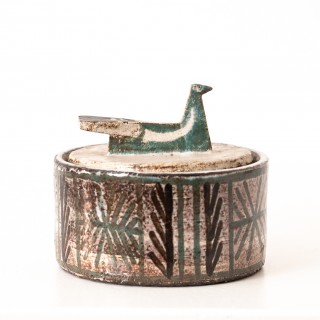 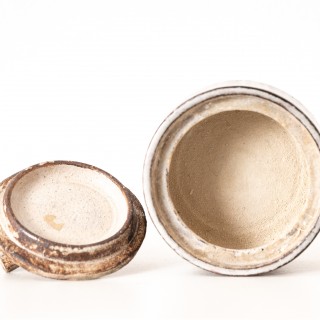 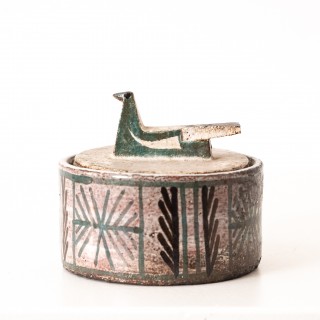 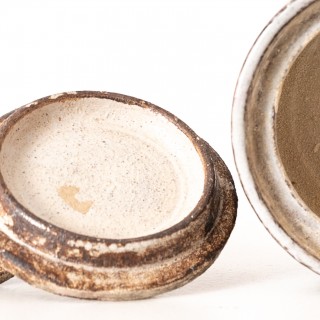 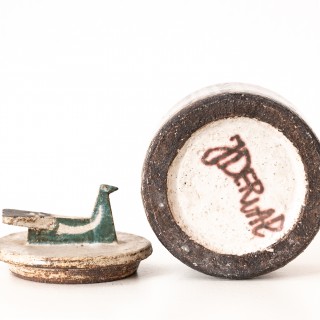 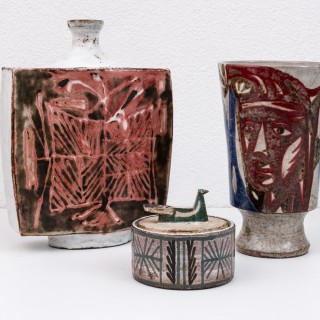 Small covered stoneware pot with a bird shaped handle to the lid by Jean Derval Vallauris, France 1950s signed to the base Jean Derval is a French mid century potter who worked with Picasso at Madoura in the 1940s

In the 1940s Jean Derval joined his friends Robert Picault and Roger Capron in Vallauris where they had created a pottery workshop. An elegant world of amateurs and artists was found at this time on the Côte d’Azur with Pablo Picasso at its center. Derval entered the famous Madoura workshop in 1949, where he rubbed shoulders with the Andalusian master for two years.