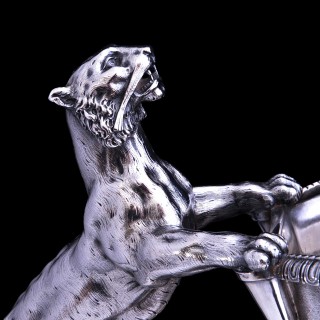 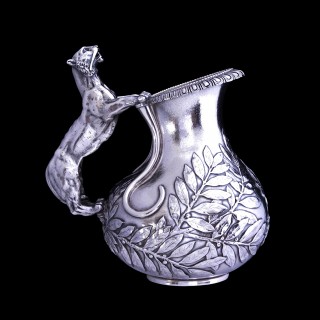 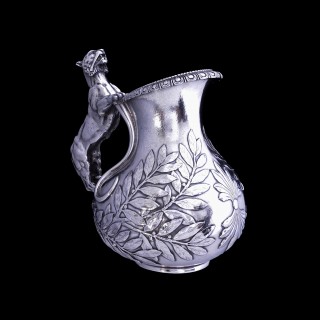 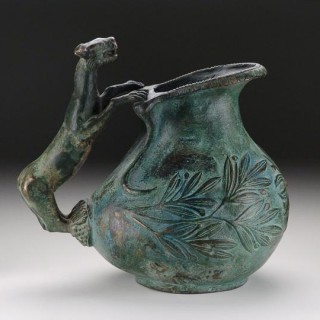 An exceptional piece attributed to Giacinto Melillo dating from around 1900. Giacinto Melillo was Castellani’s workshop manager from around 1865 and attributed with making many of his finest jewellery pieces. Around 1885 Melillo established his own independent business in Naples making similar revivalist classical pieces. The design of this piece is probably based on a bronze Roman askos held within Naples Museum. An askos is an ancient leather water bottle that was copied in other materials as far back as the Roman period, and often seen in silver in the Victorian period. The piece is of an exceptionally heavy gauge of silver which is typical of Melillo’s other known work.
The piece is unmarked though carries the engraved initials M.B to the base. The silver has been tested as sterling at the London assay office and dated to the period 1830- 1900. A similar example by Melillo was sold by Parke Bernet (now Sothebys) in the 1941 sale of the Henry Walter’s Collection (Lot 1155). For a marked Giacinto Melillo vase with similar laurel design see A766