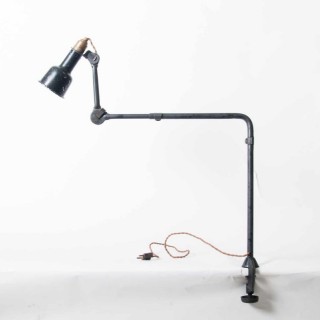 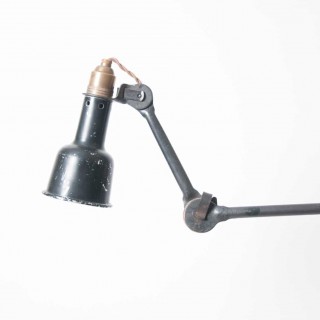 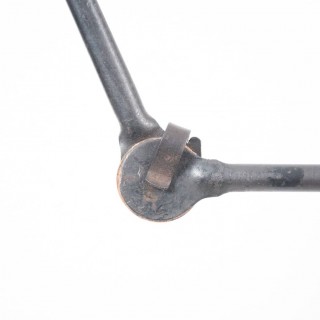 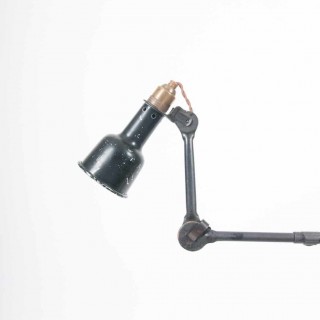 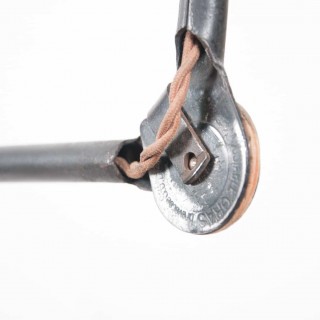 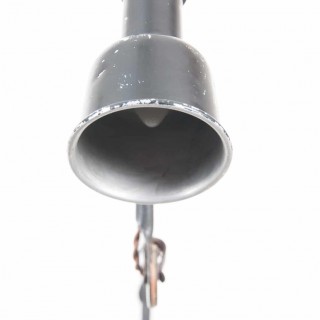 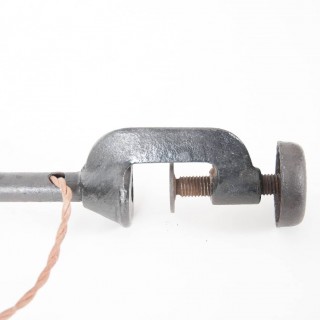 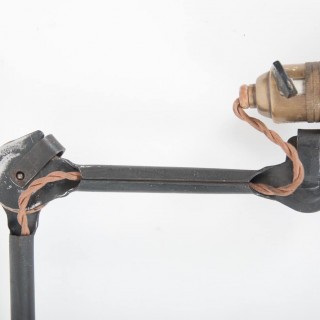 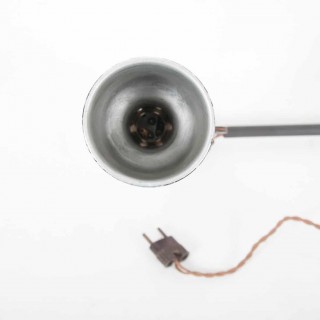 Bernard-Albin Gras came fromin the small town of Saint-Raphaël, France. By the 1920s, he had become a tireless engineer and inventor with a passion for improving working conditions for ordinary laborers.

Prolific in his work, Gras registered dozens of patents, including one for Lampe Gras in 1921. Few mobile lighting solutions existed then, and those that did were likely to shock anyone who attempted to move them. Gras sought a lamp that would shed light precisely where needed, with reflectors and supports for each task.

Desiring one solution, he ended up developing three: a clamp lamp that could be moved from workbench to machine, a sliding lamp that could follow the user and a pivoting lamp that could be precisely positioned over a table. All are marked by his innovative Bakelite ball system and spring-balanced arm construction for flexible positioning – both well ahead of their time.

His lamps soon found their way into machine shops, research laboratories, design studios and operating rooms. Architect Le Corbusier even seized upon the design for his own projects because it met his idea of the perfect object/tool: a form reduced to its pure function, free of superfluous ornament. Gras would lead a wave of other early adopters that included Eileen Gray, Robert Mallet-Stevens and Man Ray, among others.

Lampe Gras stands as its maker’s defining work, with a screw- and weld-free articulated design that is just as functional and appealing today as it was in its early years.

The last photo shows this model in the original “Catalogue B – La Lampe Adjustable D.G.R.”

Good. Excellent original condition, traces of black paint to the metal, scratches as to be expected, rubbing and wear consistent with its age and use.