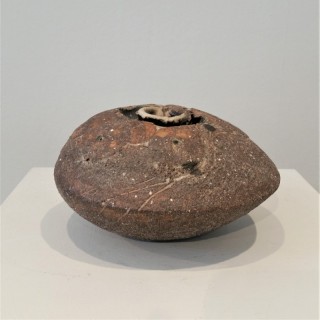 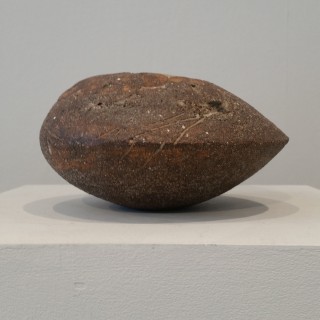 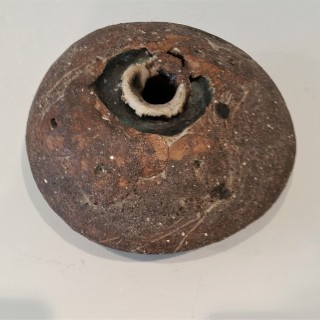 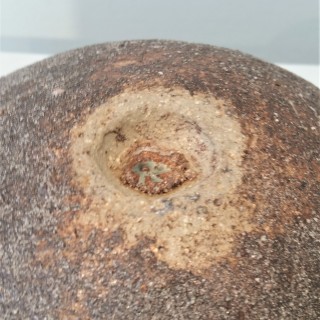 Robert Fournier was born in Wimbledon and excelled at art at school though did not pursue it as a career. He trained at the Central School of Art under Dora Billington (1945-1946) where he became a technical and teaching assistant. He established the Ducketts Wood Pottery in Hertfordshire in 1947. A year later he set up the pottery department at Goldsmiths College. He worked together with his wife Sheila Fournier (ne Cook) whom he married in 1961, they moved to Greenwich in 1965 and in 1971 they settled in the village of Lacock in Wiltshire, leasing the old workhouse from the National Trust. Here Robert consolidated his ceramics, producing what became his signature pieces, a range of “pebble” pots that were based on natural forms. With an understanding of the organic structures of stones, rocks and plants, he turned these ideas into clay through the use of simple, hand-built shapes, or tall flattened bottles. These were decorated with areas of unglazed clay, textured white glaze and dotted with small patches of rich, saturated colour. The pots were shown successfully at galleries in Britain, as well as in Germany and France.