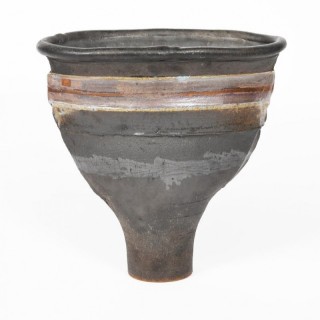 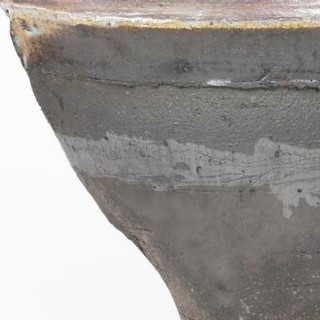 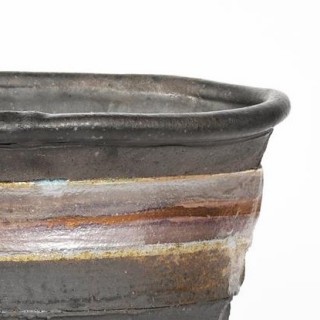 A conical stoneware bowl with foot, in grey and black with pale mauve and cream band.

Robin Welch is internationally recognised as an important British ceramic artist.
Robin Welch was born in Nuneaton, Warwickshire in 1936.
In 1953 he studied art at Penzance School of Art in Cornwall, and worked at the St Ives Pottery under Michael Leech (son of Bernard).
In 1956 he came to London and studied at Central Saint Martins. In London he saw the work of the American abstract expressionists, this was to influence his work going forward.

He is represented in the V&A and many public collections in Britain and abroad.