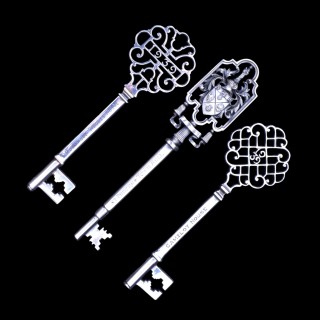 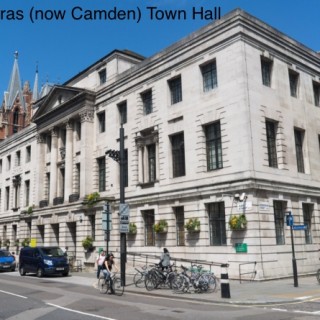 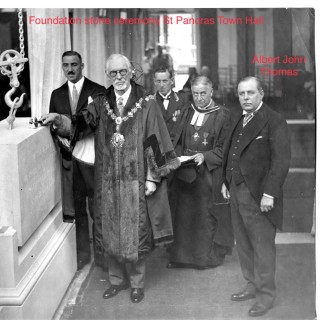 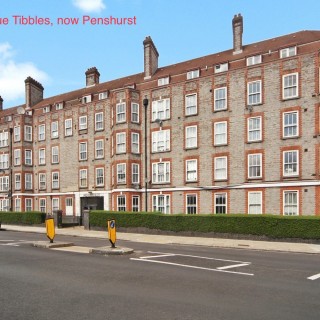 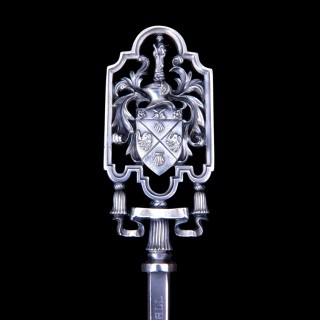 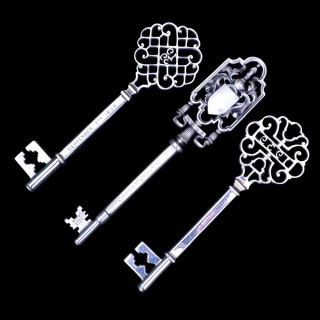 For sale are these rare Birmingham Guild silver ceremonial keys, with hallmarks for Birmingham 1937 and London 1938/9.
Each key is engraved with the name of the St Pancras (now Camden) Council building it was intended for, together with the opening date, as follows:
St Pancras Town Hall: This important building, now Camden Town Hall, remains standing on Judd Street, opposite St Pancras station. The key finial carries the St Pancras coat of arms. The escallop shells and the elephants’ heads come respectively from the arms of the Duke of Bedford and the Marquess of Camden. The crossed swords are from the arms of the Dean and Chapter of London. The crest shows a figure of St. Pancras holding a book and a palm. The key is hallmarked for Birmingham 1936 and engraved with the opening date of 1st July 1937.
Camelot House: This residential building was built in 1939 and stands on Camden Park Road, Camden, London. Dated 7th September 1939. The key is hallmarked for London 1938 with the date 1939 formed in a square within the finial fretwork.
Montague Tibbles: Montague Tibbles was socialist councillor on the St Pancras Council who died suddenly in 1937. This massive residential development, on Prince of Wales Road and Queens Crescent, Kentish Town, London, was clearly named after him when completed in 1939. It was renamed Penshurst at some point post 1945 and stands to this day. Dated 7th November 1939. The key is hallmarked for London 1939 with the date 1939 formed in a rectangle within the finial fretwork.
The architect for all of these buildings was Albert John Thomas (1876-1964-see images, shown at the foundation stone ceremony of St Pancras Town Hall). He was a highly regarded architect most noted for spending much of his career as the senior assistant architect for the mighty Sir Edwin Lutyens (1902-32). Thomas must have got to know the Birmingham Guild when working for Lutyens who gave the Guild a number of important commissions. The Guild made the “staircase ballustrades, railings and bronze doors” [original published list of contractors] for St Pancras Town Hall and no doubt for the other two buildings also, and would therefore have been a natural choice to design and make the ceremonial keys.
The designer of the keys is not known but stylistically would point to Llewelyn Roberts, the Birmingham Guild’s lead designer for most of the inter war period, most famed for his design of the Selfridge’s lift interiors.
Tony Peart has recently published in the Decorative Art Society Journal volume 44, an article on the history of the Birmingham Guild. By the late 1930’s the Guild was a fairly commercial outfit focussed on architectural metalwork, and by September 1939 was already gearing up for the war effort. Silver by the Guild from this period seems to be incredibly rare. I have never seen (or heard of!) the London mark on the two later keys.
This set of three keys also comes with a Toye & Co key, Birmingham 1932 for Barnes House, [Camden], also by the same architect.
Condition of all keys is excellent, as is the gauge.