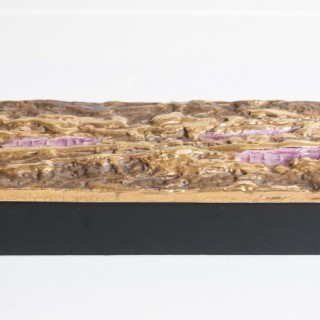 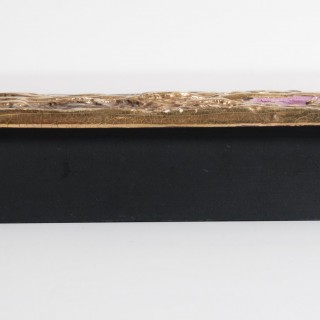 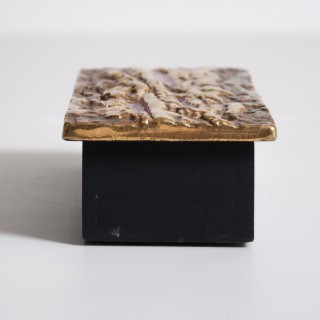 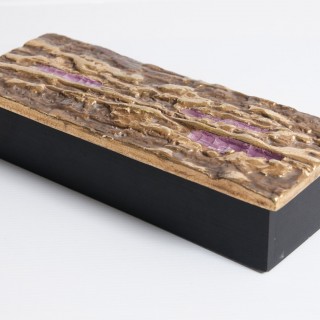 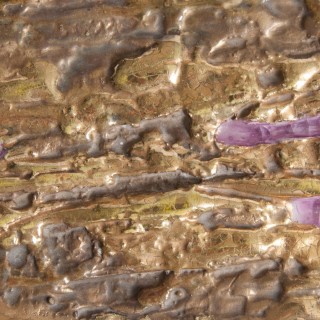 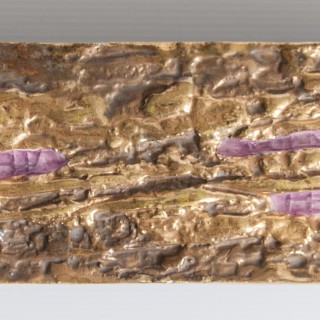 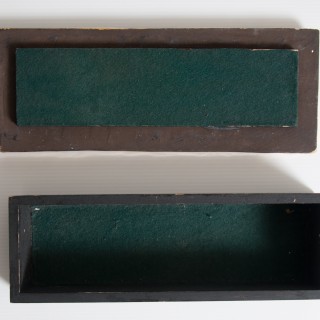 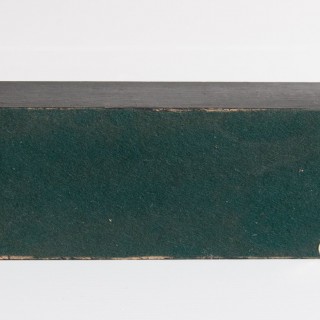 Retailers label “Le Papillon Bleu” to the underside. Circa 1970.

François Lembo from Vallauris started his pottery career in 1951 in the workshops of Calva and Rossignol. After his apprenticeship he worked with his father in law, Marc Roussel, before opening his own studio in Vallauris in 1960. The work of Roussel, influenced by Byzantine art, inspired Lembo to create mirrors, often decorated in the style of Russian icons. He produced a number of religious icons decorated with small ceramic beads. Lembo sold his work at “Terre de Provence” and had considerable success during the 1960s and 1970s. He worked as a ceramicist for some 23 years. He passed away in 2013. There has for some time been a resurgence of interest in Lembo’s work, his distinctive mirrors are becoming highly collectable.