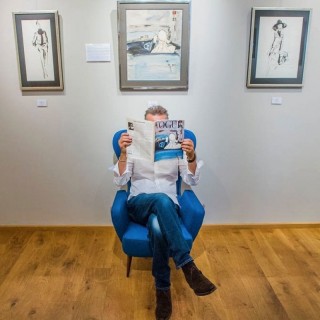 Gray M.C.A is recognised as being the international leader in the specialist art field of original Fashion Illustration from post war 1940s to present day. From original artworks by the masters of fashion illustration including Carl ‘Eric’ Erickson, René Bouché, René Gruau, Antonio Lopez & Kenneth Paul Block to the contemporary masters including Bil Donovan & Jason Brooks; these artists works have graced the front covers & inside pages of leading fashion journals worldwide from Vogue, Harpers Bazaar, W Magazine & Elle to The New York Times, The Times & Women’s Wear Daily. These original artworks highlight the elegance, poise & beauty of fashion through the brushstrokes of the masters of fashion interpretation.

Gray M.C.A sources the rarest & most important examples of textiles designed by the Modern British masters working at the forefront of the art world in post war Europe; including Ben Nicholson, Henry Moore, Keith Vaughan & William Scott. With particular emphasis on original textiles from the Ascher Studio & Alistair Morton’s Edinburgh Weavers. Modern artist’s textiles are a vital creative pillar in the story of Modern & Contemporary Art & a key element of the wider works of the great Modern masters of the 20th century.

Styled by Design, an exhibition celebrating the textile works of the Modern masters of the 20th century & those following in their tradition is held annually in London.

Gray M.C.A sources individual works of art from Modernist & Contemporary painting, sculpture & design from the mid 20th Century to the modern day. Each work is unique in style, highlighting the beauty of its genre.

Gray M.C.A Bath opened in June 2018 at 5 Margaret's Buildings, Bath, BA1 2LP. Exhibitions are held throughout the year and the Internationally acclaimed shows 'Drawing on Style' and 'Styled by Design' will transfer to Gray M.C.A Bath following London and New York Exhibits.

A dedicated Lecture Programme is available offering a unique insight into the history of Fashion Illustration & Artist’s Textiles.

"Connie Gray Fashion Curator at Gray M.C.A. is recognised as the leading specialist on fashion illustration; leading the way in bringing the beauty of this art form into the light. Gray M.C.A's annual exhibition ‘Drawing on Style’ is acclaimed as a triumph by the international press. Connie's lecture ‘Post War Fashion Illustration - A Genre Rediscovered’ vividly introduced us to the giants of the period who influenced a generation through the pages of Vogue and Harpers Bazaar and revealed why these elegant works are a vital addition to any serious collection of art”.
Liz Gee
The Lecture Club, London

Modern British Painters of the 20th Century & Their Influence on Contemporary Art
Post War Textile Visionaries of Modern Art
Artists Textiles Today
Modern & Contemporary Art - What Does It All Mean?

"Ashley Gray of Gray MCA's 2016 BADA Lecture "The Post War Textile Visionaries of Modern Art" was a tour de force! It was the most anticipated and best attended lecture. His vivid depiction of the importance of the 1950’s & 60’s commissions from Edinburgh Weavers and Ascher from the giants of Modernism was a revelation. No wonder collectors world wide are hunting down these rare and stunning gems of the era.”
Marco Forgione, Chief Executive, BADA 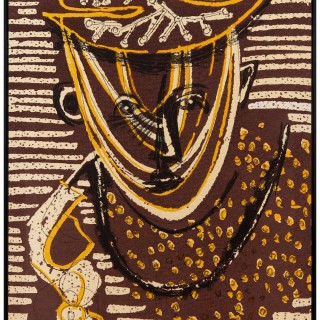 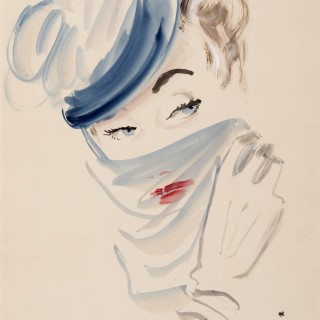 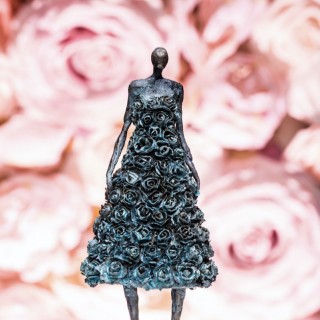 RT @WhitworthArt: Sneak-peak for those who couldn’t make it this evening (and for those who just want to reminisce on all the colour and pr…